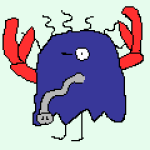 Bringing you yet another yatsuhashi instalment of The Mochi Diaries, this is Chapter 4: Haru Yatsuhashi 春八つ橋.

Although the sakura have come and gone, spring is certainly in the air and all over Japan at the moment (my hayfever can attest to that) and so during a recent trip to Osaka I decided to pick up a box of the spring themed variety of yatsuhashi (speciality mochi of Kyoto, see chapter 2). The box contained two separate and unique sakura flavoured variations alongside the more traditional cinnamon and matcha flavours.

Now these guys are basically a yatsuhashi themed take on ‘sakura mochi’, a popular spring time sweet. Pink in colour and containing a sweet red bean filling, sakura mochi come wrapped in an edible salted sakura leaf. Being quite a fan of said seasonal mochi offerings (they come with my highest recommendation) how were the yatsuhashi going to stack up in comparison?? Unfortunately I’m going to have to admit not particularly well. Aesthetically they are quite attractive, the usual yatsuhashi fair, less than opaque mochi with a pale pink sakura flavoured centre peeking through. The taste, however, was less than amazing. Although remaining faithful to the delicate texture that makes yatsuhashi what it is, I really found the ‘sakura’ aspect to be much too subtle and entirely underwhelming. If anything the entire time I was eating them I felt like I was chewing a slightly sweetened pillow that by all rights should have been amazing! A nice yet insufficient addition was the inclusion of a couple of sakuradzuke 桜漬け (pickled cherry blossoms) which added a nice, salty contrast. Regardless, next spring I’ll pass.

As opposed to the sakura centre of the version above, these ones instead had a sakura inspired mochi coating around a more or less kosher red bean filling. Once again though, I found the sakura to be too underwhelming, leaving them more or less indistinguishable from their cinnamon counterparts. They were rather pretty (again) from a purely aesthetic viewpoint, sporting an appealing pale pink colouring which was rather fitting for the season. At the end of the day however, I was far from impressed. I had thought it was pretty hard to screw up the winning formula that makes yatsuhashi what it is, apparently I was mistaken. That aside, they are still perfectly edible, I just personally wouldn’t be giving these ones in particular as an omiyage to anyone I really liked!All said and done, I still ate them all hungrily, but in the future I’ll stick with the ever-reliable cinnamon variety.