The Times They Are A-Changinâ€™ (Slowly) 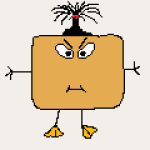 I started off a recent class with a series of celebrity photographs and asked the students to identify what they had in common.Â  The celebrities included Ellen Degeneres, Portia de Rossi, Angelina Jolie, and Ricky Martin, so perhaps you already know the answer.Â  The students, on the other hand, listed off a bunch of adjectives like famous, beautiful, â€œAmerican,â€ and â€œwhite.â€Â  As a hint, I showed them one last pictureâ€”of Haruna Ai.Â  At which point the students let go a horrified â€œEeeeeeehhhh?!â€ followed by â€œMottaina!â€Â  It was because I expected this answer that I decided to teach this LGBT awareness class.

A group discussion revealed that most of my students (approximately 400) were unaware of the distinctive groups within the LGBT community and assumed, rather, that all of them were transvestites.Â  They also believed that all LGBTs are physically unattractive, prompting their â€œwhat a wasteâ€ response to the celebrity photos. Â They moreover thought that there are no LGBT individuals in their communities simply because they do not personally know of any. Â My comment that, statistically speaking, there are at least a few among their classmates and their neighbours prompted another series of surprised eehs.

I extended my inquiry to my community for the sake of writing this article, interviewing several adults ranging from their 20s to 60s.Â  Although they did not share the studentsâ€™ misconceptions, they were not much more accepting.Â  First of all, none of them knew the Japanese terms for â€œheterosexualâ€ and â€œhomosexual.â€Â  They used the colloquial term â€œfutsuuâ€ for heterosexuals instead, suggesting that non-heterosexuals are abnormal.Â  The older interviewees were particularly harsh, claiming that they would not associate with LGBT individuals should they move to their communities and would have given up on (although not disowned) their children had they confessed to being LGBT.Â  The middle-aged adults showed a more flexible stance, claiming that they would support their children no matter what and would interact with their LGBT neighbours.Â  They would not, however, support a bill calling for gay marriage or adoption rights.

They showed relative leniency towards marriage when compared to adoption, though.Â  The former would not produce any negative externalities, but adoption would supposedly compromise the childrenâ€™s wellbeing.Â  Several interviewees added the erroneous excuse that adoption rights would exacerbate the depopulation problem, as if all gays and lesbians are presently producing children because such rights do not exist.

LGBTs undeniably suffer discrimination back home, but the problem seems more pronounced in Japan where gender roles are more established.Â  The pressure to marry young and have children is especially great for the eldest son in the countryside, and social expectations of a Japanese man, as discussed in last monthâ€™s article, affect the younger sons living in the cities as well.Â  Familial expectations aside, many LGBTs also fear losing their jobs should they confess to their sexual orientations.Â  There seems to be a social assumption that coming out involves a physical transformation (essentially becoming a transvestite) and leaving oneâ€™s â€œnormalâ€ job to work in a host/hostess bar.Â  According to the few gay people I managed to interview, many consequently lead dual lives.Â  They get married and have children but maintain affairs with their boyfriends or girlfriends on the side.

Many adults explained that their aversion towards the LGBT community stems from their childhood milieus; they grew up in a time when the LGBT community was basically unheard of.Â  However, they conjecture that the youngest generation, born after 2000, will usher in a new era of gay rights because they are growing up watching transsexuals on TV.Â  These children also witnessed the government pass a law that allows post-operative transsexuals to legally change their sex and thereby marry members of the â€œsameâ€ sex. Â Moreover, the expectations of a Japanese man are changing among young adults with the emergence of soushokukei men.Â  It has become acceptable for them to hang out with their mothers and eat cake instead of hitting on girls in Doutonbori.Â  Gay men have also found a small supportive community among straight women, for whom the â€œboys love (BL)â€ book genre has become rather popular.

So, thirty years from now, after the children and youth grow up and the older conservative generations die off, Japan may become a supportive home to the LGBT community, providing both social acceptance and legal rights. Â My high school students show promising signs of growing into tolerant adults, so perhaps you could aid the process by teaching an awareness class at your school(s) as well.

2 thoughts on “The Times They Are A-Changinâ€™ (Slowly)”