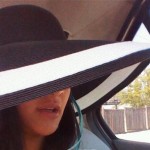 12. Ride a pirate ship to see the Naruto whirlpools.

Just another item on my Awaji bucket list of things to do that I accomplished this month. I rallied my crew all the way from Nishiwaki to help me explore one of nature’s natural wonders. Here is my log from the thrilling excursion:

It’s too early to be functioning on a weekend. The price one must pay for adventure. Need to feed the crew a well-balanced meal before the tedious voyage. Fruit, Awaji yogurt, scrambled eggs, and toast. Good thing my first mate looked up the best times for the whirlpools online. There have been tales of other sailors who didn’t research times beforehand and paid just to see the ocean. We must catch this early boat and beat the Golden Week crowds.

We have arrived in Minamiawaji exactly on time. We drove down the 28 (South) until the road reached the ocean. We turned left to find a free parking lot on the left and walked toward the big building harboring our pirate ship. In the building, we purchased our tickets for 2000 yen and perused the Awaji omiyage shop. There was a list posted of the best times to see the whirlpools at the ticket counter as well. I shall inform the crew to use the bathroom before we set sail.

As the crew and I waited in line, we decided to entertain the passengers with LMAFO’s “Party Rock” choreography to pass the time. At last! We were finally aboard the ship! It’s a “Kanrinmaru” which is based off the warships used in the Edo period (1860). As we boarded, we couldn’t help but make typical Titanic jokes and gawk at the pirate-like ship. We quickly made our way to the top deck and picked our perching spot. During the voyage to find the whirlpools, we had more then enough time to snap vivid scenic pictures while soaking up the sun’s rays.

Look whirlpools! Ever since I saw Ursula try to kill Ariel with one in The Little Mermaid, I have been yearning to see one. Unfortunately, it isn’t the same. Of course it’s still pretty amazing and mysteriously mesmerizing. Capturing as many pictures and videos as I can. I heard that they get even bigger in June than the ones we just saw, and one can see them from the bridge connecting Tokushima (Shikoku) and Minamiawaji (Awaji). Maybe I will go back again. Getting hungry.

The memorable cruise took over an hour. Either way, the crew and I are hungry again. Lucky for me I know of a wonderful katsu place called, “Maman” (ママン). With its fresh ingredients and juicy meat, I declare it to be the best katsu restaurant on Awaji hands down. It’s conveniently close to the dock (walking distance) and has pictures on the menu. My crew is ecstatic to eat.

Yes, that meal never disappoints. So full and delicious. I wish I could eat more! It’s worth the hour drive on its own. On the way back to the car, we made a quick stop at “G Elm” （Gエルム） on the 28 road. The parking lot is just behind the best gelato shop I’ve found thus far on Awaji.  The gelato is made from Awaji milk and the flavors vary depending on what is in season. I really like the black sesame or mikan with cream chocolate, but they are all really refreshing and scrumptious. It’s like summer in my mouth.

Heading home now. We just finished buying Awaji’s famous onions from one of the local farms on the side of the 28. They are incredible delectable and sweet. I think they’re cheaper when you buy them from the side of the road. They’re so fresh right now that you can just bite into them raw and eat it like an apple if you’d like. They are really the best onions I’ve ever had in my life. The crew members each bought a giant bag.

Exhausted. Well worth it and happy to check off another interesting thing to see on Awaji. I would definitely recommend going.  Must take a nap now. We are so happy and tired…

For more information and up to date time schedules for the whirlpools: http://www.uzu-shio.com/