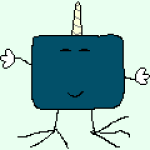 Before the winter break, one of my JTEs approached me with an opportunity to do something really exciting with my 2nd year students (JHS, 13/14 year olds). It’s an opportunity that I honestly never expected. With the constant pressure the teachers always seem to be under to follow the textbooks as closely as they can, and to finish them by the end of the year, all the while preparing students for this test or that, what time could possibly be spent on something like this? What use could possibly be served by doing a project like this? What exactly is it that I’m talking about?

Yes. Poetry. Okay, so it may not sound terribly exciting to you, but I’m a poetry junkie. I live, breath, eat, and drink words and sounds. It’s my schtick. I can’t get enough (I actually shipped a decent chunk of my library along with me when I moved here back in July/August because I don’t feel right if I don’t have a full bookshelf somewhere at home). Doing a poetry project with students was more than enough to make me giddy.

So my JTE approached me, fully aware of my background with the stuff, and asked me to help set up the students with a writing assignment for winter break. The goal was to get them to write a poem about a season. But there was a catch.

I was only given about 15 minutes of class time to prep the kids for their assignment.

Fifteen minutes? I can easily talk for several hours about the stuff. Fifteen minutes?! My JTEs always seem to know the perfect way to drop a bomb on really exciting classwork.

Luckily, the mid-year seminar in Akashi was still somewhat fresh in my mind, and I was itching to try out some of the things that had managed to lodge themselves in my head and see how they would translate to a JHS setting. I also felt like I had something to prove after hearing a lot of “my kids can’t do this” remarks (I don’t know about your kids, but my kids can certainly do this!).

After I stopped panicking about the pittance of a time frame I was given, I got to work on breaking it down. I decided to focus as much time as possible to showing examples, and to guide them through the process.

The first step was to write my own poem to use as the main example of what I wanted the students to do. I limited myself to grammar structures that they’d been working on and focusing on the more recent stuff in their heads; a sort of know-your-enemy tactic. Though once I had my poem written, my JTE came at me with a mean right hook asking me to do something deplorable; to write the poem down on special paper and draw pretty pictures around it (bombs away). Goddammit. Why? I don’t wanna! But what could I do – it was for the kids. Screw it. If I was going down, I was going down all the way. I drew a cute pink flower floating around in outer space and a sun shouting at a sleeping earth (my example poem was about spring, in case you were wondering).

Now, I feel that I should mention that this is where my JTE’s expectations stopped. I was only asked to create an example for the kids to look at. I think the original idea was just to tell them their assignment, give them the example to look at, and expect them to suddenly produce poetry in a foreign language. No. Poetry is hard enough as is. If the kids were to succeed, they would need more.

Next, I created a simple guide to try and present poetry as not-terrifying and not-overwhelming. I adopted the idea of the hamburger paragraph to create a hamburger poem, though no actual hamburger imagery was in fact used. “Step 1: do this. Step 2: do this. Congratulations! You just wrote a poem”. That sort of thing.

Of course, I had to make sure it actually worked so I made several more examples using my step-by-step guide. I had an example of a mind map drawn out to get ideas and words from (which I also gave copies of to the students), used their target grammar, and put a few poems together. It seemed to work pretty consistently, and the results weren’t anything scary either: Short and simple little poems. So from there I set off to class later in the week and prepped them. I went over the sheets, read the examples, took a bit of enjoyment in the slight looks of terror on their faces, and then hoped for the best.

And so the results?

Blew me away. First day of school after break, my JTE plopped down a stack of poems and I got to sit at my desk reading through all of them, amazed. Each and every one of them was different. There were long ones, there were short ones. Some had really complex thoughts, some were very straight forward and simple, and none of them were a recount of what they did over winter vacation—phew. There were even several lines that I wish I had written myself! Overall, the poems were well beyond anything I had expected and definitely beyond the simple poem I had outlined for them in my step-by-step.

Sure, the poems could be much cleaner: the grammar could be corrected, spelling errors could be fixed, redundancies shot and killed, unnecessary things thrown off a cliff, etc. There’s always room for improvement. Had I more time to work with the kids in class on it or see rough drafts, those could all be fixed, but none of that takes away from the fact that they did it. They succeeded. They got to use their English to create something real. Armed to the teeth with examples and a guide, they were able to do it.