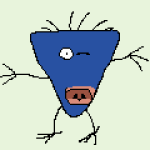 On Sunday, April 5, the HAJET Book Club met to discuss Cloud Atlas by David Mitchell. In hopes of enjoying the cherry blossoms,Â we met near Akashi Koen (Akashi JR station), rather than the usual Sannomiya/Motomachi area of Kobe. Alas, rain foiled our plans for hanami, so instead we found ourselves in a small cafÃ© near the station: CafÃ© Fino. With many members still finishing their spring travels, ourÂ group was small and relaxed. The cafÃ© was well lit and comfortable, with the standard cafÃ© fare of parfaits, waffles, and sandwiches available.

After ordering and lamenting one last time about the weather, we began our discussion of Cloud Atlas. The novel, made up of six separate but connecting stories, received similar reception, with an average rating of 3 out of 5 stars. We discussed our favorite characters and stories and for those who had seen the film, we were able to compare the plotlines.

As the afternoon progressed, we were blessed with a short respite from rain. Many seized the opportunity to walk and explore Akashi Koen.Â  We enjoyed the cherry blossoms before returning to Sannomiya and heading our separate ways.

For next time, we will be discussing From the Fatherland with Love by RyÅ« Murakami (translated by Ralph McCarthy, 664 pages.) From the Fatherland with Love imagines an alternative reality where Japanâ€™s economy has collapsed and is now facing invasion from the North Korean government. The story stars former-terrorist Ishihara and his crew and their fight and struggle to prevent the fall of Fukuoka. RyÅ« Murakami was awarded the prestigious Akutagawa Prize in 1976 for his first novel, and is known to for exploring both the connection between violence and technology and critiques of contemporary Japanese society.

If you are interested in attending, we will be meetingÂ Sunday, June 14. Please refer to the Facebook page for event details. Contracts are soon ending and many JETs will be leaving Japan. Come join us for what may be the last HAJETÂ BookÂ ClubÂ for these folks so we can wish them well!