Skip to content
From the Editor October 2016 Reflections Special Features 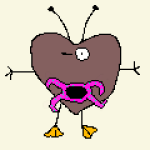 The world is actually that little animatic map you get on planes. You know, the strange Windows 95-era rendering of a globe, that displays a bunch of information but doesnâ€™t let you pick what information you want, so you have to wait through a bunch of uninteresting gibberish? Thatâ€™s life.

Think about it: everyone wants to see the places marked in their alphabet, in their language, even if thatâ€™s now those cities see themselves; everyone knows the map isnâ€™t to scale, but still lets themself think theyâ€™ve made that much progress; everyone is waiting for the smallest, tiniest indication of how much time is left. What a perfect metaphor.

I watched this map for quite a while during my flight; not only because I was waiting for my language to come around but also because it was more interesting than the three episodes of The Big Bang Theory in the â€˜comedyâ€™ section. Yet again, it astounds me how apt this is- life is boring and repetitive and glitchy, but still better than the alternative.

If you watch the animatic map for long enough, youâ€™ll notice a strange feature: every so often, the globe will start to get further away, and thereâ€™s nothing you can do to stop it. Certainly, there was nothing that you did to cause it. Youâ€™ll grow further and further removed from the earth, until you can see nearly everything, but no place names, no markers, not even the Time at Origin, and so it all looks indistinguishable, everything the same, and it all seems so trivial.

And then you start crashing back down.

The plane icon- youâ€™re way of gaging your presence in this world- stays the same size, while everything else inflates to extraordinary levels, so that you canâ€™t even see most of it, itâ€™s out of comprehension of the small method you have of understanding the world. And the map is growing ever more, getting ever more detailed, but the plane stays the same and you realise that this is you falling, that the globe is so much bigger and so much meaner than you and that if there was some button youâ€™re meant to press to prevent this, you donâ€™t know where it is. And the map grows ever more intricate and you stay exactly the same and the ground is nearing and…