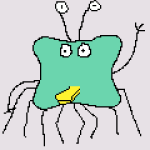 The HAJET book club met on Sunday September 4th to discuss our first book of the year, Letâ€™s Explore Diabetes with Owls by David Sedaris.

This book is actually a group of essays,mostly from the point of view from the author and inspired by his own life. It was interesting that a few of the essays were more satirical in design and not from his point of view.

With so many essays almost all of the members felt that they could relate to at least one of them and in general enjoyed reading the ones involving his father or his childhood. However, it was challenging to read the essays from his perspective at at times which made it hard to enjoy the story.

While he has a gift to write an elaborate story from a seemingly mundane thing, at times it could feel formulaic.

For those members who had read other works by him, it was the general feeling that his other works were a better introduction to his writing and recommended to read one of them first.

It was agreed by the group that this book is definitely a book to be enjoyed as an audiobook as David Sedaris himself reads it making it easier to access the stories through his emotions in the telling.