I Heart T-Points: My Darling is a Foreigner 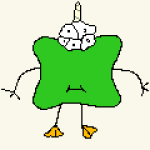 My Darling is a Foreigner

I am dating an amazing Japanese woman, and therefore it was only natural that we would eventually watch ãƒ€ãƒ¼ãƒªãƒ³ã¯å¤–å›½äºº (My Darling is a Foreigner) together.Â  In fact, before the movie even came out on DVD, she started reading the manga it was based on and had me doing the same.Â  Although the manga did not manage to hold my interest for very long (I was actually reading a separate series, by the same author, about learning English) the film remained on my radar as â€œrequired viewing.â€Â Â  I was particularly interested in whether or not the film accurately represented the mixed dating experience.Â  Furthermore, having made very poor decisions in the past that lead to a long separation from aforementioned totally awesome girlfriend, I secretly hoped to learn some things that might help prevent any further stupidity on my part.

My Darling is a Foreigner (2009) is a romantic comedy directed by Ue Kazuaki, starring Jonathan Sherr as Tony Lazslo and Inoue Mao as Oguri Saori (who are both real people).Â  If nothing else, the film proves that the romantic comedy is a universal(ly clichÃ©d) genre; My Darling is a Foreigner follows a pattern familiar to anyone that has seen a Hollywood love story.Â  The couple meets, falls in love, has a falling out and fixes everything in the last few minutes (thanks to some motherly advice and a mad dash to the airport). Â This plot structure is to be expected from virtually every romantic comedy; no points are gained here, but none are lost either.

The director did make some questionable editing decisions, however.Â  For example, the film occasionally cuts to amusing reflections from other (real life) mixed couples in order to present additional perspectives on being in a relationship with a non-Japanese.Â  Although enlightening and entertaining, the director should have cut one set of these testimonials (or added more).Â  The interviews both open and close the film to good effect, yet another is found awkwardly alone in the middle.Â  Likewise, there are some short animations, in the style of the original manga, at the beginning of the movie. However, these vignettes make their final appearance very early on.Â  These asides could have enriched the film if employed throughout; instead they left me with the impression that the structure of My Darling is a Foreigner lacked balance.Â  Fortunately, these are minor complaints that hardly mar the film.Â  Instead, I strongly believe this movie has the potential to improve the status of foreigners in Japanese media for a number of reasons.

First, Jonathan Sherr plays Tony Laszlo very admirably.Â  Of particular note is his command of Japanese, which is the most impressive I have ever seen from a foreigner in a Japanese movie.Â  There are Americans in My Darling is a Foreigner that do speak poor Japanese; however, they are meant to be dramatic foils of Tony.Â  Therefore, I never felt insulted by them (even after I realized they were captioned in katakana in the Japanese subtitles) and that is a big step for the Japanese entertainment industry.Â  Unlike many films and other media that treat foreigners like å¤–äºº (the bad kind of foreigner), this film treats them with respect if they rightfully deserve it. Â Sherr may not give Oscar-worthy performances scene after scene, but should be lauded nevertheless for his strong acting in a nonnative tongue.Â  I hope other directors are watching and learning what we are capable of.

Second, the subtitling left me with the impression that My Darling is a Foreigner was something special. Â The joke is finally on the Japanese, as they hear the world through Saori (who has been failing English since elementary school).Â  The Japanese subtitle track transcribes Tonyâ€™s lines in kanji, without a drop of katakana. Â On the other hand, the subtitling does not even bother captioning any English unless it is crucial to the story.Â  Instead, when Saori (and presumably the Japanese audiences as well) are confused, it simply says [English].Â  The message is clear; she is lousy at English and Tony is superb at Japanese.Â  Saori is the one that should be laughed at from time to time, because Tony is not cannon fodder for jokes.Â  This is a small point that most foreign viewers will probably never experience.Â  However, Japanese audiences might finally realize that foreigners need not merely serve as running gags in commercials and movies.Â

The language issues are minor ones at best, however.Â  Tony, in actuality, knows a lot of Japanese but does not always understand it (the same goes for his grasp on Japanese culture and even women).Â  Jonathan Sherr makes big strides as far as a foreigner in popular media is concerned and with luck he will be the exception that becomes the rule.Â  The more important aspect of the film, in my opinion, is the morale it teaches; that â€œforeignerâ€ and â€œJapaneseâ€ are not useful categorizations for people. Â In the midst of her pseudo-breakup with Tony, Saori reflects that for Japanese people, relationships with foreigners might be impossible.Â  However, her mother is quick to educate Saori about the difficulties experienced in her own marriage; she and her husband did not always understand each other either.Â  In spite of being Japanese, they were just as much strangers as Tony and Saori were.Â  â€œJapaneseâ€ and â€œforeignerâ€ have no bearing because every person is alike in that they are unique.Â  Both Saori and her mother needed to learn that lesson to find true happiness with their partners.Â  My Darling is a Foreigner asserts that in order to make relationships work, one must look beyond superficial labels like nationality and focus on the person on the inside.Â  Are you listening, Japan?

There is something in My Darling is a Foreigner for everyone to learn from, including those in Japanese-foreigner relationships, and the average Japanese person (whose opinion of foreigners might be colored by our less-than-respectable appearances in other films and television programs).Â  The story here is much like my own; my girlfriend said she found the movie believable because in a way, we had already lived it.Â  She liked the message as well: Japanese?Â  Foreigner?Â  That doesnâ€™t matter.Â  Her last comment was that she hopes there is a ãƒ€ãƒ¼ãƒªãƒ³ã¯å¤–å›½äººï¼’ about married life and having children.Â  I might be in troubleâ€¦