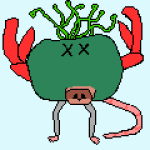 MESSAGE FROM THE EDITOR

Happy New Year,ã€€æ˜Žã‘ã¾ã—ã¦ãŠã‚ã§ã¨ã†ã”ã–ã„ã¾ã™and so on and so forth. Welcome to the first Hyogo Times of 2013. First up, I guess we all have to accept that the Mayans messed up somewhere in their calculations. Clearly there can be no other explanation for the fact that the world is still turning and humanity has not turned into a tiny blip in history just yet. Iâ€™m quite glad that I decided not to spend all my savings and go out with a bang. Was I nervous around the 21st of December? Well, yes, but not about having lost my last chance to buy (and drink) a 100,000å††bottle of champagne. Nerves abounded because I was flying to the States to meet the boyfriendâ€™s family en masse.Â  I seem to be surviving so farâ€¦

So itâ€™s the New Year and that means New Yearâ€™s Resolutions of course! I managed to not break my resolution last year and would quite like to do the same this time around. That means choosing resolutions very carefully. Anything too big, or too scary or too ambitious does not a good resolution make in my book. I was quite pleased with the one I had for 2012 â€“ run at least 520km during the year. Thatâ€™s an average of 10km a week which isnâ€™t a huge amount given that I was due to be training for a half marathon. But what it did allow for was missing a few weeks because I was away on holiday, or ill, or it was really, REALLY cold. It was a realistic goal, with the â€˜at leastâ€™ thrown in so I wouldnâ€™t just stop after the magic mile (okay kilometer) stone was reached. Iâ€™m pretty certain that I also managed the â€˜make a bento for work at least twice a weekâ€™ thing, though that was less diligently observed in terms of noting things down (and the bento was occasionally more of a hurriedly thrown together tupperware of last nightâ€™s curry).

All in all, itâ€™s made me a bit paranoid about resolutions for this year. Iâ€™ve gone with being meat-free at least 2 days a week, averaged over the year. Not terribly exciting I know, but hopefully building on the good year I had in 2012 on the â€˜being healthy because Iâ€™m getting all oldâ€™ front. Iâ€™m also going to see how I manage on Uluâ€™s â€˜No-combini for a weekâ€™ challenge and maybe see about limiting overall spending at these wonders of Japanese ç”Ÿæ´». I was going to do a saving Xå†† per month thing too, but since I donâ€™t know if Iâ€™ll be paid in yen come August/paid at all, I decided to scrap it.

I will, of course, continue to diligently gather together/poke and cajole people into submitting things to the Hyogo Times for the delight of our good readers. This month, we have the previously mentioned combini-challenge in Miso Green and a restaurant review that is already making me question the no-meat thing. Tips for surviving a Japanese homestay will hopefully prove useful to many and/or re-awaken memories of past experiences. The year of the snake had me pondering, and therefore writing down anecdotes about snakes for your enjoyment (?) and the next destination on the Kannon pilgrimage takes us to Banshu Kiyomizudera (NOT the one in Kyoto!). We have a New Yearâ€™s message from Block 6 representative Peter Hein-Hartmann and New Year soup from the Kicchiri Kitchen, along with reviews of the movie and restaurant nature to round out the issue. Enjoy!

MESSAGE FROM THE PR

As a great hobbit once said â€œItâ€™s a dangerous business, going out your front door…you step onto the road, and if you donâ€™t keep your feet, thereâ€™s no knowing where you might be swept off to.â€Â  And as we come into the new year, let the sweeping continue.

I find that I am the type of person who is all too happy to be swept off somewhere.Â  Chance meetings and random invitations can lead you to places you would have never expected or dreamed of. It has been my attitude since being in Japan (and maybe it should have been before that great change in my life) to just say yes. In a world of even more unknown things than usual, you are the author of your own limitations.

As foreigners in Japan, we have overcome one of those great, and for some people totally crippling, jumps into the unknown. Some of us will have walked determinedly, run and possibly tripped and fallen, but we all made it.Â  Now it is up to us to embrace the rest of the journey. That is, the fun part.

At this time of the year it can be pretty easy to let life away from home get you down.Â  A few months ago I suffered from the worst bout of home sickness I had had since arriving in Japan the year previously.Â  I guess the main thing that caused it was many of the other JETs I had come to know, and become good friends with, had returned home and was feeling a little alone.Â  Change?! Ah! But then I made new friends, met new people, did new activities (Shikoku Rafting I love you).

If we do not stretch ourselves and embrace challenges, then our lives can become stagnant and boring with the monotony of daily life.Â  Good luck to everyone in the New Year, and donâ€™t worry too much if you â€œdonâ€™t keep your feetâ€!

From the Editor November 2016