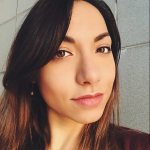 ARK stands for Animal Rescue Kansai. It is an NPO based in Osaka, but with a Tokyo branch as well. As an animal lover, I was attracted to their work and wanted to contribute to their efforts. Japan isn’t a place known for being overzealous about animal rights and such, so this is one of the few organizations here taking on a huge endeavor. The animals at ARK mostly consist of cats and dogs, but they have been known to care for chickens, rabbits, pigs, geese, and other small manageable animals. Please visit the links at the end of this article for more information on the organization itself as the rest of this piece is about my experience volunteering there.

Early in October, I invited a fellow animal aficionado to volunteer for a weekend at ARK. I was happy to find that becoming a volunteer was a simple endeavor (especially since I’m not fluent in Japanese). All it took was an email expressing our interest, introducing ourselves, and stating how many days we wished to volunteer. They replied quickly, confirmed our plans and even offered to let us stay the night, free of charge, at a nearby residence they own. Now, if you don’t have a car, public transportation puts you within a 10 minute walk up the trail to the center. But since I was only two hours away, I preferred to drive and be able to take our luggage in the car with ease. The apartment offered to us was at a separate location from the center, but in any case the staff had offered us a ride if we didn’t have a car.

We set our own times and arrived Saturday after lunch. After signing a waiver, we were given a tour of the large premises. I was very impressed with what I saw. The dogs and cats were in spacious, clean kennels and were all clean themselves. They had harnesses and collars suited to their body types and cute name cards so even a newbie like me could easily identify certain important attributes about them. The staff there were very patient and efficient in explaining what we would be doing throughout the day and were supervising us, but not hovering. There is a range of activities a volunteer can do, but the simplest and most needed help is to walk the dogs and socialize with the cats in their comfy cat houses.

Unfortunately (and annoyingly so), I am allergic to cats, so hanging out with them in a confined space was out of the question, but my friend loves them so that’s where she was half the time. According to her, most of the cats were eager to climb into her lap and pile on top of her just for a chance to get a good scratch behind the ears. And, crazy as cats are, there would be about five of them bundled together napping in a one-cat bed even if there was an empty one right next it. So crazy, but so adorable!

My experience with the dogs was great as well. I didn’t choose any on my own which I was glad of since, being the flawed human that I am, I probably would’ve picked on preference. Thus I walked small dogs, large dogs; old ones, young ones; calm and very excited doggies. Each walk was a unique experience and allowed me to bond with them on different levels. I especially felt sympathetic towards the ‘earthquake’ dogs. As you might have guessed, this is in reference to the Tohoku earthquake where countless animals suffered together with their humans. These animals are either displaced or being boarded at ARK while their owners get their lives in order. It’s a generous offer ARK made to these survivors and I can only imagine how appreciative the owners must be having one less thing to worry about.

As I mentioned, ARK does have other animals, and during a break I was excited to meet two mini rabbits named Peter and Nova. They were sweet little things but obviously skittish around people as they can’t have the four hours of interaction a day they are supposed to get. As a bunny owner, I can’t imagine how anyone could abandon these helpless guys, but I was glad to see them with food and shelter – even if such a noisy environment isn’t ideal for such nervous creatures. I regularly check up on the animals I met via their ‘ARK Tails’ blog and since October, I have read that both of them were adopted together and are living the life with a family in Tokyo!

Hearing updates like these really makes me appreciate and want to promote ARK so they can continue the great work they do. Animals appreciate every loving gesture and ARK will appreciate the help even more. Of course you can donate monetarily, and they even accept animal supplies as donations if you wish to help that way (they have lists of specific things they need on their website).

With a relatively easy access and a central location, think about volunteering! It’ll be something different and I guarantee you’ll be smiling all day. Most importantly, you’ll be making a difference!

Check out the links below to their site and animal blog for further reading!

Jen is a high school ALT in Tamba City, Hyogo Prefecture. When she’s not changing her hair or nail color, she’s off exploring the sights of Japan and beyond.