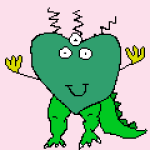 This article is brought to you through a partnership between the Heart of Japan blog, a project by the Hyogo International Association, and the Hyogo Times.

Boasting 10,000 candles placed all over the town, Takasago Lantern Festival (高砂万灯祭, Takasago Mantousai) also features jazz and traditional Japanese music performances along with specially illuminated historical buildings, temples and shrines. At the price of just a train ticket to Takasago, the lantern festival with a plethora of sights and performances is hard to beat. This year it took place Saturday September 14th, though was rained out by a typhoon on the 15th.

Takasago is a small city west of Kobe (conveniently accessible via the Sanyo Train Line) that has been gradually expanding and improving its lantern festival since before 2007. Still, as a newer festival in a small town, Takasago Lantern Festival has yet to reach the explosion of popularity (and tourists) that some festivals enjoy. Instead, Takasago offers a top-rate festival – Takasago’s 10,000 candles equal the number of lanterns in the far more famous Nagasaki Lantern Festival, for example– without the surging crowds that can make other festivals difficult to enjoy.

Spots around town are illuminated; like Takasago Shrine, a private house restored as a community center (a beautiful example of traditional Japanese architecture), Jurinji Temple (十輪寺) and the yachts at Harimanada shoreline. Jazz, traditional biwa and other performances dot the town.

Stalls along the road and the outdoor shopping center (商店街) sell standard Japanese festival fare as well as some unique local rarities and foreign foods. Korean chijimi, Portuguese-origin castella cake, beer, takoyaki and yakisoba are all offered. Also, taking advantage of Takasago’s reputation for delicious eels, street vendors here invented the “eel dog,” a hot dog bun with eel meat inside instead of a hot dog, topped off with onions and teriyaki sauce. Another delicious local favorite is Takasago’s nikuten, okonomiyaki (fried cabbage with a variety of vegetables in a pancake shape) with potatoes mixed in.

Organizers of the Takasago Lantern Festival researched ways to make the 10,000 candles safe, yet also wind-resistant. They settled on a design that features a ring of water around the candle, so if the candle is kicked over, it will be extinguished immediately. Additionally, they found that if the candle jars had a lid with a hole in the middle, wind could pass by without extinguishing the candles.

I highly recommend going to Takasago’s Lantern Festival next year for its wonderful performances and traditional architecture. Checking the weather before going is a good idea, as the second day of the festival this year was canceled in response to a typhoon evacuation alert.

In addition to the Lantern Festival Takasago also hosts an Autumn Festival (秋祭り, aki matsuri), which features neighborhoods competing with portable shrines drumming and racing around. Another fun day out to put in your calendar!

How to Get There:

By Joshua Kaplan (for Heart of Japan, a Hyogo International Association project)