Special Feature: What goes up, must come down – by any means necessary 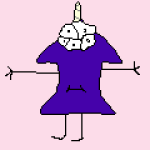 Seeing in the New Year from a mountain top

‘Leisurely’. Yes, I distinctly remembered that particular adjective being mentioned. ‘Easy’, yes, I think ‘easy’ was there too. It was just a shade away from ‘strolling’. Half-way up a boulder-strewn mountain slope in the pitch-dark, elbows and feet grimly jammed into crevices in the slippery rock, torch dangling awkwardly from one hand, I wondered whether it worth suggesting that World Express rethink the definition of that particular adjective.

The mountain in question was 白山 Haku-san, the White Mountain, just outside of Nishiwaki. We had dribbled in from all corners of Hyogo on the last train to the station at 11:30pm on New Year’s Eve, bleary and shivering, comparing how many layers of clothing we had managed to strap on our persons (I was beginning to look distinctly like the Michelin man wearing most of the contents of my wardrobe). The hike was organised through Hyogo AJET, with World Express hiking tours, and promised an authentic taste of Japanese New Year; 初詣hatsumoude (first shrine visit of the year), a hike through the night to see the first dawn of the New Year breaking and traditional osechi to round things off. Since the only cultural tradition I had inherited for New Year was butchering ‘Auld Lang Syne’ after too much straight whisky, it seemed a more intellectually promising start to the New Year.

We were met by two friendly older Japanese men who would act as our guides, one of whom was English speaking. After distributing Japanese horoscopes for our New Year fortunes (which informed us that we were all dating the wrong people), we set off in file through the dark streets to Narita-San shrine.

Japanese festivals have, in my personal opinion, the perfect balance; the minimum amount of time possible spent on actual religion and the maximum amount of time spent eating. The shrine was crowded with stalls selling the ubiquitous takoyaki , daifuku and sugar-glazed fruit-on-a-stick of all Japanese matsuris. The fires crackling in oil barrels against the winter chill and the humid heat of the crowd gave an oily sheen to the cold clear night. We joined the line snaking up the shrine steps waiting forおみくじ omikuji (fortunes). New Year in Japan is primarily a celebration for family and friends, and most of the town seemed to have turned out with their nearest and dearest. Japanese boys wearing too much hair gel and unfortunate gold jewellery with a tottering girlfriend apiece jostled noisily behind us; grandparents snatched fruitlessly after over-excited grandchildren; a gaggle of girls still in their high-school uniforms were snapping everything incessantly on their iPhones. It was an authentic taste of small-town Japan alright.

Having finally collected our omikuji from the frazzled looking miko, we headed back down the hill comparing our respective luck. We walked on into the dark of the countryside, soon leaving the muzzy glow of the town behind, picking our way past the shadowy fields of rice and daikon. A member of the town’s tourism office had generously offered his house to rest in before tackling the mountain, so we spent two cosy hours nestled around the kotatsu playing cards and eating Pocky. By now it was 3:30am.

Finally, and reluctantly, we left the warmth and headed by car to the foot of mountain. A crowd of around seventy people had gathered in the mossy-stoned mountain shrine, stamping their feet and blowing on their hands as the wind began to pick up. After a co-ordinated warm up of raijo taiso, the mass of people started in single-file up the mountain, skidding on the leaf-mulch and damp rocks. It was pitch-black, apart from the bobbing fire-fly glow of torches winding up the peak in the distance and the dusty white glitter of the Milky Way overhead.

‘Leisurely’ it was not. Puffing and scrambling, we followed our guide who was hopping up over the rocks with an indecent healthiness for someone his age. There were sheer drops along the side of the path, a black tangle of forest, and constant calls of ‘watch out!’ as various overhanging branches and pot-holes snagged someone ahead. We kept going for four hours to an echoing litany of which muscles were throbbing or marvelling at the beauty of the mountains’ silhouettes framed against the sky. As we

climbed higher, the sky started to lighten to dusky mauve until, after a final scramble up the white rocks, we reached the summit. We collapsed with the rest of the hikers around the bonfire perched precariously on the edge, digging out the spare chocolate supplies.

The sky lightened to lavender, shot though with ribbons of bronze and apricot. Then finally the sun rose in a molten gold ball. A cheer went up to the percussion of dozens of clicking camera shutters. The opening to ‘Circle of Life’ seemed to be playing somewhere. It was almost perfect.

The sense of blissful rebirth lasted until the realization that we had to scramble back down again… All hikers are masochists at heart!