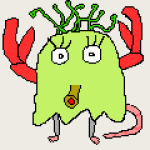 Along with a lot of other ALTs, sumo wrestling is on my (very long) list of “things to see” while in Japan. Luckily, Hyogo is right next to Osaka, one of only four cities in the country to host Grand Turnament competitions. Tickets went on sale February 2nd and a good friend was kind enough to organize a small group trip. While I’m looking forward to watching the competition, I’ll be the first to admit that I know next to nothing about the art of sumo wrestling!

I could just show up at the match with no background knowledge, Google translate and Wikipedia pre-loaded on my phone. But I’m a firm believer in independent research and preparation. So, with Term 3 exams approaching and class-time shrinking, I will learn as much about sumo as my limited internet and free time will allow. If you’re interested in joining the fun, read on for a brief and abridged beginner’s guide to sumo.

To begin, sumo wrestling dates back to ancient Japanese traditions and festival celebrations. The sport developed from Shinto practices originally performed to entertain the gods. Shinto symbolism and rituals are still very present in sumo wrestling, but we’ll delve into those particulars in just a few paragraphs.

There are several theories and legends centered on the creation of sumo wrestling and the specifics of the first sumo match. The most popular include the tale of Takemikazuchi and Takeminakata, both deities, who grappled with each other on the Izumo shore about 2,500 years ago. Takemikazuchi was triumphant, winning control of the Japanese archipelago (and later establishing the ancestral lineage of the current imperial family). Another story involves two mortals fighting at the request of Emperor Suinin. The winner, Nomi no Sukune, is sometimes referred to as the father of sumo       .

Presently, the Japan Sumo Association manages professional sumo wrestling throughout the country. Six tournaments are held each year: three in Tokyo at Kokugikan in January, May, and September; one in Osaka, in March; one in Aichi, in July; and one in Fukuoka, in November. These competitions, part of the year-long Grand Tournament, last for about two weeks with dozens of matches occurring throughout the day.

Sumo wrestlers, called rikishi or sumotori live and train in heyas (stables) and are coached by an oyakata (stablemaster). The training and lifestyle of sumo wrestlers is strictly regimented and monitored by rules and regulations. Of course, with regulations comes bureaucracy, and with bureaucracy comes controversy and scandal (read up on the 2011 “fixing” scandal). Finally, like most organizations in Japan, sumo wrestlers are organized in an intricate and highly honored ranking system.

At each competition, the wrestlers’ wins are tallied to determine individual placement in the hierarchical ranking.. Wrestlers move up or down through six divisions according to their total wins and losses. From lowest to highest the divisions are: jonokuchi, jonidan, sandanme, makushita, juryo, and makkuuchi. Wrestlers in the two highest divisions receive titles, depending on their records. These three titles (lowest to highest) are: komusubi, sekiwake, and ozeki.

According to custom, Yokuzuna compete at the end of the day, so if you’re planning to attend a match in Osaka, be sure to stay until the late afternoon matches. Currently, two competitors hold the title of Yokozuna: Harumafuji and Hakuho. Yokuzuna are easily identifiable by the traditional zuna, a braided rope with dangling shide (folded, zigzagging paper strips), which is worn during the opening ceremony of Yokozuna matches. If the zuna garment sounds familiar that’s because you’ve probably seen dozens of shimenawa (braided rice straw ropes) decorating Shinto temples.

Shinto symbols and references are present in multiple aspects of sumo matches. Physically, the center focus of a sumo match is the ring itself, the dohyo. This circular space is an elevated, clay stage covered in sand and bordered by straw bales. Suspended above the ring is the yakata, a replica of the roof of a traditional Shinto shrine. The yakata shelters the ring, as if creating a sacred sanctuary. The four hanging tassels represent the four seasons while the purple bunting brings to mind slowly drifting clouds.

Inside the dohyo stands the gyoji, a referee clad in Shinto priest attire. His role is to pray over the dohyo and assess the outcome of the match. The gyoji also conducts the major opening ceremonies, most notably the first ceremony, the dohyo-iri. Before the day’s matches begin, the wrestlers from the top two divisions are announced individually as they walk to the dohyo, circle the ring, and participate in a group clapping ritual. During this event, wrestlers wear a colorful apron called keishi-mawashi. Yokozuna have a unique sort of opening ceremony prior to their matches and are not present in the dohyo-iri.

First, the two competitors enter the ring on opposite sides. Each faces the audience to perform a stomping ritual, meant to drive away evil spirits. Then, competitors receive a ladleful of chikara-mizu (power water) from another wrestler (but not one who lost his previous match). The water is a symbol of purification. The wrestlers step to the center, facing each other, and clap their hands before spreading their palms wide. This display shows that neither competitor is carrying a weapon.

Finally, the wrestlers return to their corners and throw a handful of salt into the air to purify the ring. After these rituals, competitors face each other in the center of the ring at the shikiri-sen (starting line). They settle in a crouched position, staring into the eyes of their opponent. The match begins when each competitor places their fists on the ground just before rising to meet their opponent. In upper divisions, competitors may retreat to their corners several times before initiating contact.

The actual length of contact is usually less than thirty seconds. Preparation for the initial charge does not exceed four minutes. Occasionally, the gyoji may determine that a water break is needed and the wrestlers will pause in the middle of their combat and retire to their corners before re-entering the ring in the exact same position.

A match ends when the first wrestler touches the ground with any surface other than the bottom of his feet or when the first wrestler is forced out of the ring. The gyoji will announce the winner, based on his close-up observations. Any of the five shimpan (judges) seated around the ring may dispute the gyoji’s decision. Reversals, rematches, and ties are possible in sumo, but uncommon.

Side note: As you may have guessed, sumo is a male-dominated sport. Osaka’s former female governor, Fusae Ohta, was repeatedly denied access to stand in the ring while presenting the Governor’s Prize. Female wrestlers are not recognized by the association but leagues and competitions do exist. Foreigners, however, are welcome in the sumo world. Bulgarian-born Kotoōshū Katsunori was recently granted citizenship to become a sumo elder.