Sh_tting Yourself: A Tale of Hospital Discovery 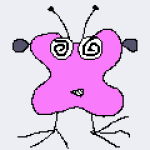 Despite being accident prone for most of my life, I have done an astounding job of avoiding hospital stays. While I may have had a brief brush with the emergency ward after breaking my collarbone at age five I have never actually had to do an overnight stay. Until now that is. Still making it to twenty-four and never needing more medical attention than a sling is, all in all in my opinion a pretty good run. This brings us to the current situation, how I ended up in a Japanese hospital for four days and my experience therein. The reason I am sharing said experience is because during my own frantic googling during my stay and discovering little to limited information, I made it my goal to present an article that could perhaps provide insight to others when they find themselves in similar situations.

So to provide some context, to my extended brush with the Japanese medical profession. My body decided that, despite surviving two previous sweltering Japanese summers and living in the Australian tropics for most of its life that this was the year to act like a little bitch and get heatstroke and generally just give up on adjusting to the climate all together. Fast-forward two weeks and I made the magnificent blunder of giving myself gastro via some undercooked chicken caused by a combination of fatigue, bad lighting and after closer inspection in better lighting halfway through the meal, shrugging my shoulders and continuing because I have a more-or-less cast-iron stomach most of the time. Emphasis on â€œmost of the time.â€ Now generally gastro is simply a miserable 48-hour stint that leaves you remarkably wary of dairy products for the following month or two, however my digestive system refused to be part of the herd and instead decided that due to its weakened post-heatstroke state that it was not only going to let that lovely gastro bacteria create its own culture but also make like the romans and spread an empire. Bowel infections 1/10 do not recommend.

So when I finally reached the point of sickness where I figured maybe I was a little more ill than usual, I realized that I also couldnâ€™t walk very far and thus needed transport to the doctors. Due to a language barrier and some miscommunication, my â€œI canâ€™t walk far.â€ message was misconstrued to â€œI canâ€™t walk at all.â€ which caused a bit of panic and an ambulance. On my way to the hospital I had a grand old time grappling with my N5 Japanese abilities while running a high fever, luckily a helpful coworker was able to translate most of the tricky bits.

Upon being put on the table while nurses clucked over my fever and blood-tests it began to dawn on me that I was in fact a lot sicker than previously realized, especially when my Japanese was further reduced to â€œhaiâ€ â€œiieâ€ â€œitaiâ€ and â€œdaijobuâ€ which I will tell you now is bloody useless in the face of complicated medical questions. Luckily however most doctors in Japan, especially the ones in hospitals can speak at least some English, even if itâ€™s only medical based. Thus my angel in blue scrubs was able to tell me that â€“ yes I was indeed very sick, no I would not be going home today, or tomorrow or even any time soon really and no I would not be making my flight to the Philippines in three days either. The last statement was followed with that special Japanese air hiss that roughly interprets to â€œNo way in hell.â€

So after being stuck on a drip, loaded into a wheel-chair and put through a CT scan, I was put in a nice quiet room with three other ladies, one of whom I became quite good friends with, and a view of the sea. I was then promptly told that I was not allowed to eat at all and would instead be fed â€œnutritious liquidâ€ intravenously which was all a bit space-agey but at this point I was high as a kite on antibiotics, pain meds and a fever so the moment was lost on me. Finally I was able to call my frantic sister, who interpreted my nonchalant message of â€œIâ€™m going to the hospital in an ambulance but donâ€™t worry.â€ as â€œI am undergoing drastic surgery and have probably died on the table.â€ After the classic â€œIâ€™m not dead.â€ conversation I had a well-deserved nap.

To give some insight into the typical Japanese hospital room, they are generally shared. A private room costs extra but sometimes due to bed arrangements you can get lucky. I wasnâ€™t. There are of course curtains for privacy but fabric isnâ€™t known as the champion of noise-cancelling so hopefully your fellow occupants donâ€™t snore. The pillows are filled

with misery and small rocks but my general feeling was that the bed could have been a lot worse and the remote control aspect was pretty cool and when the boredom kicked in pretty entertaining too. You have to pay for TV which is in my opinion, a travesty and in silent protest I refused this cost. A friend brought me a jigsaw puzzle instead and will now forever remain in my good graces.

There is a small lounge area on most floors with drink facilities as well as a small laundry and showers. I was not allowed to use the showers however, because the Japanese medical profession regards bathing when you have a fever as kind of a bad move. Not washing for four days outside of a hot towel rub down will definitely go down as one of my more unique memories from my time in Japan.

The nursing staff were always considerate and caring, though most didnâ€™t speak a lick of English so between gestures, google translate and winging it, I was able to communicate most of my needs. The summon button on each bed remains, in my opinion one of the most magical inventions ever created while Japanese headache medication is definitely the least so. The doctors were also very helpful and insightful. However on my second last day when six of them showed up to my bed there was an element of â€œletâ€™s practice our Englishâ€ and I can safely say its vaguely mortifying discussing your bowel movements in front of an audience especially when most of them were gorgeous enough to audition for roles on Greyâ€™s Anatomy.

When I was finally allowed to eat again I felt that the food ranged from â€œnot terribleâ€ to â€œmehâ€ on the taste scale. I have since developed a love of rice porridge, bland as it may be, that can only be attributed to my hospital stay. Finally I was released and told to take it easy and not eat a long long list of foods. Cost wise my four day stay wasnâ€™t bad, not exactly Scandinavian but after insurance it was around 45000 yen which in my opinion could have been a lot worse considering I rocked up in an ambulance on a public holiday. From what I understand, depending on the timing, facility you stay in and the type of care needed this cost can fluctuate anywhere between 5000 and 15000 yen a night. My stay was on the higher end of things because I decided to go hard on all three factors.

Overall I think you will find that your stay in a Japanese hospital, while not luxurious will be comfortable (pillows excluded) and that you will be well cared for and attended. You may at times feel like a spectacle but for the most part you will be treated with discretion and respect. And

finally at the end of it all you wonâ€™t feel too robbed either. So while I recommend staying out of hospitals in general I can safely say that ending up in a Japanese one wouldnâ€™t be the worst thing either.