Love and Relationships: It’s not an easy road… 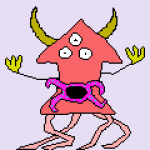 Look at us now! A decade or two later and you can vaguely see the scars (and I’m not talking about Mac make-up working its magic here); we don’t cry anymore (or at least not for the same reasons); we are bandaged up, and all our bones have finally been reformed; we emit love instead of the hate that we were shown; we embrace instead of repel; we lend a helping hand instead of standing and watching someone perish; we walk up-right and proud instead of timid and ashamed. We have over-come.

Being a kid growing up wasn’t an easy thing for most of us. The ‘normal’ kids have to suffer with acne, sibling rivalry, fitting in, ‘’full-ing’’ out, trying to find him/her self, parents aspirations conflicting with their own, voice changes, puberty, girlfriend or boyfriend dramas, and the list goes on. All these issues have a major impact on one’s self confidence. Ok!!!! So, that’s for ‘normal’ kids. Now, let’s look at typical gay kids growing up in a not-so-gay-friendly environment. These kids have to ensure that they are not seen as ‘Sissies’: God forbid if you cry after falling off your bike or out of an oak tree, want to take piano lessons instead of playing soccer, like to shower more than once a day, enjoy watching ‘Dora the Explorer’ instead of ‘Dragon Ball Z,’ and help your Mom in the kitchen instead of trying to peek on your neighbor’s daughters. Constantly throughout their child-hood into adolescence and teenage years, their ‘voices’ are being muffled for fear of sounding too ‘gay’, fear of being the ‘baby,’ fear of ‘showing emotion,’ fear of not fitting in, the fear of not being like all the other boys, the fear of being the only one who sounds like Barbie and not like Ken, fear fear  fear  fear  fear.

Fear! It’s a bitch, and not in the good way (oh yeah, there is a good way of being a bitch)! Come on, let’s get REAL here! What happens to a child who grew up in fear of not being himself? Well, two things can happen: He can either turn into ME….. or, an adult who has major self-confidence issues!  Ok!!!! Ok!!! Let’s do me first (hmmm, where have I heard that before?? Lolol). So, you know my story….. Grew up in a religious house-hold, my mom eats, breathes, and sleeps with Jesus (hold on…. that sounds wrong…anyway), my father died before I came out (but I’m sure he knew), my sister is cool with whatever, my older brother is an EVIL, VINDICTIVE, WICKED, BITTER, ANTI-GAY, CLOSETED bastard who deserves ‘’happiness’’ (lolol), and my oldest brother lives somewhere on earth (DON’T ASK!!!!) Growing up in a rural community, I was called all the names you can think of because I wasn’t a ‘normal’ kid… ohhhhh… plus I was fat! Good lord! (How did I ever make it out? Damn!) My ‘friends’ use to tease me that I behaved ‘girly,’ and what made it worst was that I loved playing with dolls (and that’s some weird shit…a gay kid who loves to play with girls…How do you explained that? Lolol). Anyhoo, as I got older, the teasing continued. But one thing was very constant in my life (even to this day): my mother’s love and support. My mother never disapproved of my behavior nor asked me to change. She showed me love, and I think that is what has been keeping me throughout this journey. Getting older, I soon realized that people can be cruel and are scared of things that they do not understand, or which deviate from the norm. I realized that I have no choice in who I am, and what I like. I soon came to the conclusion that I can’t afford to lose my voice; I will not allow people to rob me of my joy; I have to be self assured and confident in who I am as a person and what I want; I will never be burdened with unconstructive critiques and ignorant negative comments. But I must love myself, walk upright and proudly and value the family and friends who have stuck with me throughout the down times.

But, everybody isn’t so lucky to have support from family or friends. Not everybody can survive the constant bashing and negative criticisms; the teasing; the public humiliations; the child-hood horrors; the teenage scars and the constant gray clouds over your head. It can be exhausting! And eventually some people don’t see any hope: no sign of change, no glimpse of light at the end of the tunnel (but perpetual darkness). At this point, confidence in oneself grows frail and the years of ‘torture’ have finally triumphed. Self confidence destroyed!

It’s not an easy road. Many see the glamour and the glitter and so they think it’s a bed of roses. But, who feels it knows. [Buju Banton]

Buju Banton warned us that it wouldn’t be an easy road. Though many of us are smiling and it seems as if it has been a bed of roses, it hasn’t. All we can do is to remain strong, draw strength from the past and look forward to the future; and while we enjoy our ‘gayness,’ reach out to out fragile and less confident brothers and sisters around us.

<<<This article is dedicated to all who are fighting with confidence issues, and especially to my dear friend B.H. who has been through a rough past and is been encouraged to look for a brightened future. Love you B.H.>>>>