How the Japanese Welcome the New Year 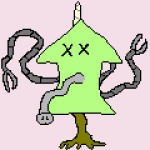 2012. A new year begins, and for me, an American in Japan, it looks like it’s going to be quite a ride. The yen is up, the dollar down. The Tohoku region is still picking up what the earthquake/tsunami left behind. The world scrambles against global warming and an uncertain economy. The ancient Mayans predicted the end of the world and all that mystical-conspiracy-theory jazz, and, those of us here have only (gasp!) a few months left until another re-contracting deadline.

So what is a JET to do? During the New Year, it is typical Western tradition to be out with the old, in with the new, to kiss last year goodbye and make promises (we usually can’t keep) to the new one. It is around this time of year that everyone begins to ask, “What’s your New Year’s Resolution?”

While the Japanese have a similar custom in the form of daruma dolls, there is another side to that coin. And the way they choose to move from one year to the next seems to make a whole lot of sense.

Countdown parties and resolutions have migrated over for the younger generations, but the traditional Japanese New Year holiday is all about family and togetherness. Every December the 31st, on the second-most important day of the year, 大晦日 (Oomisoka), the largest dinner of the year is served. While meals across different regions of Japan vary, the most common food eaten is 年越しそば (toshikoshi soba), the length of the noodles representing long life. At 11pm, whole families migrate to their local shrines to pray. Some are dressed formally in their kimono, some dress casually. All come to meditate on the good that has happened over the year past, and value what they have. A (usually) large cast bell is rung 108 times before midnight, ridding all of the 108 human desires that cause human suffering. Definitely a good start for a new year!

Days in advance, they begin preparing the symbolic 御節料理 (Osechi ryoori) – traditional New Year food. They are placed in special boxes resembling bento boxes. It is taboo to cook during the first three days of the New Year, so these boxes are prepared in the final days of the old year to be served during that time. Each item of food carries special meaning. A few examples include:

–    昆布 (konbu) seaweed, which is similar to the word for joy or pleasure 喜ぶ (yorokobu)

–    数の子 (kazunoko) herring roe, representing a wish to have many children brought into the family during the new year

–    餅 (mochi) in a similar vein, two stacked rice cakes topped by a だいだ, a sour orange, the name of which means “many generations” symbolizing the continuation of the family generation to generation. It is also used as a decoration

–    エビ (ebi) skewered prawns, representing a desire to grow so old as to be bent with age

There are foods that symbolize fashion, foods that encourage festivity, and foods that invoke a good harvest. For the first three days of a brand new year families gather together away from the wintry cold and eat to their mutual health, happiness and prosperity, in a ritual of love and unity. There are many other customs during this time, such as exchanging cards and giving money, but it is this hopeful, united image that affects me the most.

Now, don’t get me wrong. I love the tradition of pizza, booze, and Auld lang Syne just as much as the next American, and of course we have Christmas, but I think this year I’d like to take a little bit of the Japanese New Year with me. I think this year will be less about forgetting and more about looking back at what was good, less about setting half-hearted goals and more about allowing past experience to build on and inform the future. What did this last year teach me? How can I use that knowledge to move on to the next with strength and confidence?

For some of us, this is another year to look forward to the joys of living in the rich culture and character of the country that took us in. For others, this is our last, and we prepare to go home or move on to other shores. Many of us have yet to decide. For many of us, we have a difficult decision to make. It’s easy to worry about what will come next, but I think it’s a good idea be hopeful. Whatever we choose, life will carry us forward, and we will always find something to be grateful for.