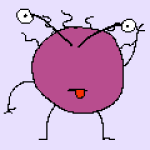 This year, from 5 December to 16 December, Kobe will again glow in the multiple colours of the Luminarie, and you too can enjoy the spectacle whilst being carried along in a tide of people, neck craned skywards.

The site, extending from the Old Foreign Settlement to Hiyashi Yuenchi Park, will be visited by more than 3 million people during the 12 day run.  But what makes 3 million people croon their admiration in soft voices? And why Kobe?

The logistics of light

The name Luminarie is derived from the Italian word for lantern, “luminaria”, and betrays the origin of the lights, originally donated by the Italian government. The installation is produced by Italian designer Valerio Festi and Kobe’s own Hirokazu Imaoka.

The reason for the season

On January 17 1995 the Great Hanshin Earthquake, measuring 7.3 on the JMA magnitude scale, hit the northern end of Awaji Island. Approximately 6,434 people lost their lives as a result of the quake, with about 4,600 of these being from Kobe. Nearly 40,000 people were injured, and over 200,000 buildings were damaged or destroyed.

Kobe Luminarie began eleven months after the earthquake to remember the thousands who died, and to give courage to the people of Kobe who remained. The event was designed to light up the city that had been plagued by darkness from electricity, gas, and water cuts, and to give hope that the city could one day be restored.

The original Luminarie attracted approximately 2500 people with its theme “Of Dreams and the Light”. Initially a one off, Luminarie’s popularity with Kobe citizens saw it become an annual event held to commemorate the earthquake.

During the opening ceremony, silent prayers are offered to the victims of the earthquake, and a memorial naming those who perished is also erected. For all its beauty, it is for this reason that some locals have difficulty attending the event, finding it too emotional an experience. Although commemorating a terrible time in the history of Hyogo, the continuing popularity of the Luminarie is, quite literally, a shining example of how a region and can pick itself back up and unite to overcome adversity.