Special Feature: What’s Yours is Mine: China’s new ADIZ 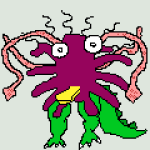 Maybe you have recently thought to yourself, “Gee whiz, I’ve been working so hard creating engaging lessons, exploring a new country, and learning a new language, I have had no time to stay up to date on global current events.” Even worse, with the holidays right around the corner, you have started to worry that you won’t have anything interesting or relevant to share when you finally see your loved ones! Don’t fret, all you need to do is sweep those thoughts of amazing holiday dishes aside and make way for a serving of international affairs concerning your current country of residence, Japan.

On November 23, 2013, China implemented an Eastern China Sea air defense identification zone (ADIZ), a move common for many countries as a way to identify or, if necessary, take action against incoming aerial objects. However, China’s move has been seen as an unnecessary escalation of tensions between Taiwan, South Korea and, most importantly, Japan. The reason is that China’s new ADIZ covers the air space of a number of disputed territories and in Japan’s case those disputed territories are the Senkaku Islands, or Diaoyu Islands for the Chinese (Taiwan also lays claim to what they call the Tiaoyutai Islands, but they are often ignored). These islands are currently uninhabited and were so when Japan first laid claim to them in 1895. Although business ventures were attempted, they failed and the islands were uninhabited once again. So why such a struggle for these tiny islands? Well in the late sixties and early seventies, research showed potential for oil reserves underneath the islands and if one thing can be said about oil it’s that it has a funny way of surrounding itself with diplomatic dispute and war (cough, Middle East, cough).

The dispute tends to play itself out like a dysfunctional holiday meal: distant relatives awkwardly receive each other and everyone waits for the earliest opportunity to start eating and drinking as much as possible while ignoring each other. Then of course a harmless conversation of the weather turns into a belligerent screaming match across the table, some on the sidelines are egging it on while others shake their heads in dismay. Finally someone leaves, slamming the door behind them. Things settle down and kind of return to normal, that is until the next family get-together.

The timeline of this dispute can be found here. It shows that Japan and China often have moments of escalation followed by years or months of calm, with the hope that an agreement can be reached diplomatically. When this does not happen one party does something foolish, like when Shintaro Ishihara, a nationalist Diet member, tried to personally buy the islands, or when Chinese surveillance ships were sent to the islands for law enforcement during September of last year as anti-Japanese protests raged through China. These flare-ups tend to die down, but with each new one the flare tends to go a little higher, the risks greater.

For instance, think about the worst case scenario for this recent development. A Japanese passenger airline, flying over territory it believes to be its own, refuses to give flight plans ahead of departures and ignores incoming Chinese communications. The Chinese, perceiving a threat, force the aircraft down, or worse shoot it down. Japan retaliates along with its treaty-bound ally, the United States, and before we know it nukes from American and Chinese silos are airborne. If you’re thinking, “Wow, that escalated quickly,” I’m right there with you (although that last part is more for dramatic effect). However, parts of this scenario aren’t so far-fetched. Although both All Nippon Airways and Japan Airlines initially decided to send flight plans ahead of departures, both have stopped sending the information due to pressure from the Japanese government.

For the most part world outrage has been targeted toward China. Days after the ADIZ’s establishment world leaders described the unilateral action as extremely dangerous and that the claims should be dismissed. More specifically, Australia’s Department of Foreign Affairs and Trade called in its Chinese ambassador for an explanation, and the United States flew B-52s over the zone on what it called a “routine training mission.” At the time of this article’s writing the United Nations is also calling for the situation to be handled diplomatically. By the time you’re actually reading this hopefully the situation will look a lot brighter.

One final note to discuss with your family over the holidays: why did China act in such a way that quite obviously labels it as an aggressor? One who is not part of China’s political leadership can only venture guesses, so here are mine. Currently China may see an opening on the world stage, and more specifically Asia, to assert its power as the rest of the world still collects itself after the devastating global recession. With other nations trying to get their own houses in order and the West intently focusing on deals with Iran and Syria, China may be experimenting on how it can act and how the world will respond to see what it can get away with in the future. Americans will remember that President Obama canceled his trip to the Asian-Pacific Economic Summit in October to deal with the government shutdown, a decision many view as benefitting China. Lastly, China has continuously struggled with popular demands for more freedoms; this was violently expressed by two terrorist attacks in late October and early November. What better way to divert attention from domestic injustice then with a rallying nationalist cry? As an American it’s ironic that I should write this so close to Thanksgiving, a holiday celebrating the land grab policies of settlers. How the times have changed.