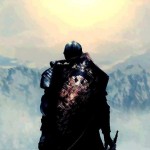 Iâ€™m not sure at what point the CIA just starts giving Tom Cruise the benefit of the doubt. Weâ€™re going on 3 movies now where agent Ethan Hunt has been framed for trying to destroy the Union, and 3 movies heâ€™s not only proven himself innocent, but also saved the world. Anyway, in the future I would just find the guy who blames Tom Cruise and put him in jail from the get-go; saves lots of taxpayer dollars in high-speed car chases and tower climbs. But that also makes for bad theater.

M:I Ghost Protocol is good theater. Itâ€™s a tight thriller punctuated by some terrific action set-pieces. The movieâ€™s prologue features a fast-paced gun fight and a tense breakout sequence from a Russian jail. Agent Hunt dodges guards and complex door lock mechanisms in a tightly choreographed dance that holds the audience at the edge of their seats, and all this before the credits even roll. The credit sequence, by the by, is a neat little expose that hearkens back to the franchiseâ€™s TV roots.

I wonâ€™t bore you with plot details, as the movie sure doesnâ€™t, but IMF (Impossible Mission Force, not International Monetary Fund) agent Ethan Hunt (Tom Cruise) is back on the beat, and tasked with taking down nuclear-minded madman Hendricks (Michael Nyqvist), who has stolen launch codes from the Russians, and plans to plunge the globe into nuclear apocadeath. Hunt is joined by an all-new IMF team comprised of busty ass-kicker Agent Carter (Paula Patton), computer-guy comic relief Benji (Simon Pegg), and mysterious CIA analyst Agent Brant (Jeremy Renner). They have to do everything off the grid, since Hunt was blamed for a bomb attack on the Kremlin, though they seem to face little difficulty engaging private jets and acquiring next gen tech gadgets to aid their operations. Secret agents do have their ways, after all.

The plot is a mess, as Iâ€™m sure you can already tell. It would have barely been topical in 1985, since by that point Rocky IV had already won the Cold War. However, the audience forgives the movie its flaw due to the great action, and surprisingly strong characters. Hunt has been sobered by the earlier death of his wife (See MI 3 for more details), and seems to inhabit the role of a leader more comfortably this go-around. Heâ€™s always been on the run, fighting for his life in a frantic attempt to stay ahead of his pursuers, but in #4 he is on the offensive and in control. It is refreshing to see what he can really do as an IMF operative. Paula Patton also delivers a strong role as equally emotionally wounded Agent Carter. But she has a strong will and proactive resolution; sheâ€™s not just another girl around for the ride. Her seduction of the Indian billionaire (Anil Kapoor) in the 3rd act plays out a little differently than would normally be expected. Brant also has a damaged, secret past, though his back-story is a bitâ€¦forced. However, the team members all seem a little more multi-dimensional this time around. Except for Benji, because heâ€™s just the comic relief, and the movie never lets you forget it.

Sadly, the antagonists donâ€™t get the same depth treatment, and end up being one-dimensional and uninteresting. To be honest, I still donâ€™t know why Hendricks and his henchmen do what they do. The movie offers up the explanation that he is insaneâ€¦good enough for me, I guess. One of the baddies, a French assassin woman played by real life French person Lea Seydoux, is really hot, though Iâ€™m not sure how much of it is due to the fact she plays a French assassin woman, which is just conceptually mouth-watering. Anywayâ€¦ummâ€¦very talented young actress...ahem.

But weâ€™re here for action! Donâ€™t fret, my pets,Â M:I Ghost Protocol delivers in that department with set pieces that always include interesting twists to what might otherwise have been clichÃ© explosionanzas. Director Brad Bird debuts in the live-action realm spectacularly after having directed big-name animated features likeÂ The Incredibles and Ratatouille. The Bhurj Khalifa tower climb scene is shot beautifully, with camera angles that highlight the tallness of the building and almost plunge the audience into bouts of vertigo. A thrilling car chase through a desert sandstorm is rife with wrinkles the audience doesnâ€™t expect. The movieâ€™s climactic battle also showcases the vertical as Agent Hunt and his nemesis engage in fisticuffs while platforms shift, drop, and raise in a tower parking lot. Though the action set pieces themselves are tight and fun, they unfortunately donâ€™t always seem necessary to the plot, and I often found myself asking â€œwell, why didnâ€™t they just doÂ that instead?â€

Which brings us around to another major flaw: the 132 minute running time. Thatâ€™s long even for a Swedish independent movie. It really feels like they took 3 episodes of the TV series, and spliced them into one movie. On one hand thatâ€™s good, since itâ€™s a cute little homage to the seriesâ€™ beginnings. On the other hand, it feels like too much. When a new BMW rolls up to a Mumbai mansion, ushering in yet another high-tech heist, I could feel the audience collectively groaning and shifting in their seats. A little bit of a tighter narrative would have been appreciated. Oh, speaking of BMWâ€™sâ€¦product placement in movies needs to take a step back. Tom Cruise et al. seem to inhabit a twin-Earth filled with only BMW and Apple slogans. I know India is a growing economy, butÂ all the cars in their parking garages canâ€™t be Bavarian, can they?

However, the pros far outweigh the cons and deliver an action movie to brighten up your Winter.Â M:I Ghost Protocol is a tight, fun thriller worth the price of admission. Go see it.

Guest Movie Review is from Sir Sagramore, of Impetuous Windmills (www.impetuouswindmills.com) where he is part of a podcast and blogging team based in Japan and the US. For more reviews (like the not-available in Japan ), or to listen to the podcast, visit their website!