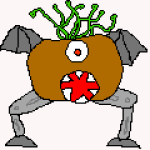 Most people in northern Hyogo know of the old wives’ tale about stink bugs: an autumn with many of those pests guarantees a winter with much snow. When the leaves began to change color, stink bugs invaded school rooms and the homes of the innocent. Sapporo was frosted in picturesque white for the Yuki Matsuri. The so-called Polar Vortex gripped North America in harsh sub-zero conditions for months. Indeed, this year promised to be a winter wonderland. Yet the weather in the quaint towns of Yabu and Kami, which boast the best ski slopes in the Kansai region, remained curiously mild.

For the Hyogo AJET ski trip on the first weekend of March it was not the snow that turned out to be the trouble. Thick fog settled on the mountainside on Saturday and seemed content to stay. It was so dense at times that skiers and boarders found themselves blindly speeding through milk with only the sound of others passing by to remind them that they were not alone.

The man versus wild experience was not easily forgotten. Back at Furusato lodge, after a trip to the local onsen and a delicious sukiyaki dinner, the group’s newfound wilderness survival skills became inspiration for an intense game of Mafia. Peter Johnson crafted a gripping story that featured treacherous moguls, feral bears, and skiers betraying one another.

The night ended with good laughs and good company. I thank all of the ALTs who came from faraway places to spend a weekend in Tajima. I hope to see you all back up here sometime soon.

Getting Wet and Wild in Kochi