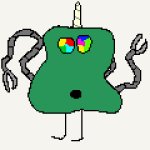 While Japanese business has boomed under the policies of Abenomics, doubts have persisted for the average wage earner. Recent developments, however, suggest that the Abe government means business in strengthening the position of labor.

The first half of 2013 saw Abenomics rousing Japan’s economy from two decades of lethargy, with a dramatic weakening of the yen driving export competitiveness, GDP annual growth above 4%, and the Nikkei 225 increasing 57%—its best performance in more than forty years. While Japan’s economic growth slowed to an annual rate of just 0.7% by the fourth quarter of 2013, record corporate profits and business confidence suggest that Abenomics still has some fight in it.

In context of rising consumer prices, however, this bright spot is perhaps most telling for who it has left in its shadow: the average Japanese wage earner. While company confidence is on the up, declining base earnings and real wages had weighed down consumer sentiment to a 29-month low as of February. Cautioned by years of stop-start growth and continuing concerns about the health of the global economy, Japanese executives have been reluctant to share their profits in the form of hard-to-reverse base wage increases.

The Abe government has responded to this bottlenecking of profits by aggressively lobbying business leaders in support of a wage increase. Major corporations have long dominated Japanese business, and the Abe government hopes that a wage raise by Japan Inc. will lead to a pay increase for workers across-the-board. In spite of these efforts, however, a February Reuters survey of big companies found more than 80% were not planning to raise base pay.

As such, the March 12th announcement that many leading automakers, electrical appliance manufacturers, shipbuilders and heavy machinery manufacturers would raise pay scales has provided hope to Japan watchers, if not Japanese workers. Toyota Motor Corp., which has a strong influence over other companies, will raise its average monthly pay scale by ¥2,700, while Honda Motor Co. is planning a ¥2,200 increase. Additionally, six major electronics firms, including Hitachi Ltd. and Panasonic Corp., will raise their wage scales by ¥2,000 per month, the highest on record for the sector. This response, stronger than analysts’ expectations, represents a win for the Abe administration’s efforts to help end Japan’s long-standing deflation.

The focus now turns to whether wage increases will trickle down to medium-size and small companies, and well as increasingly-common non-regular workers. This is particularly a concern in light of a 3% sales tax hike due to take effect in April, as wage increases by large companies are already relying on bonuses to make up for the difference between greater taxes and what amounts to 2-2.3% greater base pay. Compensation is likely to be less generous for the thousands of companies below the top tier, and particularly slow coming for the almost 40% of Japanese who work informal jobs.

As noted by Rikio Kozu, Secretary-General of the Japanese Trade Union Confederation, “This is just a start.” It is encouraging that companies increasingly seem to realize this, with Hiromasa Yonekura, the head of influential business lobby Keidanren describing the recent positive developments as the “result of firms sharing recognition that (a wage increase) is needed to overcome deflation and realize a virtuous economic cycle.”

Even more encouraging, though, is the hard-edged commitment of the traditionally business-oriented Liberal Democratic Party-led government to make a “virtuous economic cycle” a reality: the government has threatened to take the unprecedented step of shaming big companies that do not raise wages. The Abe government appears to mean business in its efforts to right the Japanese economy—and not only for business.