Ogasawara: The Galapagos of the East 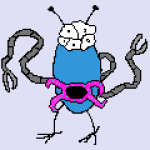 For a small country, Japan is surprisingly full of remote and beautiful places. The Ogasawara islands take the cake, on both remoteness and beautifulness. Accessible only by a ferry from Tokyo—a ferry that takes 25 hours in good weather, runs once a week, and costs 25,000円 one way—few people ever make it out. This summer, I found that the journey was well worth the time and money.

The Ogasawara islands, sometimes called the Bonin Islands, are about 1,000 km south of Tokyo. Only two are inhabited—Chichijima, population 2000, and Hahajima, population 400. Human history here is short, but intense. The first settlers were a group of Europeans and Americans who set up a whaling station in 1830. Commodore Perry stopped by on his way to open up Japan. The Battle of Iwo Jima was here. Ghosts of WWII still haunt the island, from the sunken Japanese ships off the shore, to the crashed American plane in the jungle, to the bomb bunkers at the lookout point. The islands are now a UNESCO Natural World Heritage site, thanks to large percentages of endemic species and the land snails (over 100 different kinds!!) that provide an excellent example of evolution. Efforts to protect the environment and remove invasive creatures are ongoing (curse you to the depths of hell, rats), and visitors must obey the rules—no camping and no entering some areas without guides.

Ryo-san, a once-upon-a-time Ginza salaryman now sporting a mane of gray hair, met me at the port to take me to my first accommodation, Pelan Eco-Village. Located away from the two streets of shops and restaurants that make up the “town,” Pelan is in the jungle half-way up a mountain. The little wooden cabins connected by narrow platforms and steep stairs could’ve stepped out of the Swiss Family Robinson. I had a cabin all to myself, since the only other people staying were a German couple on their honeymoon and a 15-year-old WWOOFer. Pelan prides itself on its sustainability. Traditional soaps are banned because the water goes straight to the organic garden, and well, if you ever want to hear an old man gleefully explain how to use a composting toilet by likening it to making croquettes, this is the place. But don’t worry: if you’re not comfortable pooping in a bucket of leaves, there is a more traditional option using the water leftover from the laundry to flush.

I joined Ryo-san for a kayak tour. We paddled around to a couple different beaches and he showed us the good places for snorkeling. He cooked lunch on the beach with freshly caught fish and home-made miso. Throughout Ogasawara, the heart of hospitality was in eating meals together. Both Pelan and the youth hostel I stayed at next emphasized community through potluck dinners and parties.

In order to visit Minamijima, Ogasawara poster-child, I joined a boat tour. We tried to swim with dolphins, but after hearing stories from people who met pods of 20+ I was bound to be deeply disappointed. We only met one animal who swam away from us as fast as he could. Our sea snake encounter went much better. The boat took us to the Marine Park (possibly the best snorkeling spot) and lured out 5 or 6 beautiful yellow and brown spotted snakes with the help of a couple fish. Next, we landed on Minamijima, cleaned off any stray seeds from our shoes, and started exploring the white beach. Turtle tracks, both adult and baby, run down towards the turquoise water. We watched where we stepped so we didn’t accidentally wander into a nest. Even the four children in my group couldn’t put a dent in the serenity.

For the second half of my trip, I stayed at the Ogasawara Youth Hostel. I’ve never been in a hostel with quite so many Japanese women in their late 20’s traveling alone before. This was perfect because it was easy to find a group to explore with. On an island this small, once you’ve met a few people, you run into them wherever you go. I ran into them on the night tour, when we held baby sea turtles and released them on a dark beach. I ran into them while souvenir shopping, where we all bought the same things to dump on our coworkers’ desks. Best of all, the night before the ferry departed, the hostel hosted a party, complete with alcohol and a talent show.

When our ferry left Chichijima, half the village turned out to say goodbye. They sent us off with taiko drumming and flowers. A flock of boats followed alongside the ferry, the people waving and waving, until they all jumped off in unison. Even until we were far away, we could see the flash of signal mirrors. As we slept on the ferry that night, I’m sure we were all dreaming of the day we could return to Ogasawara.