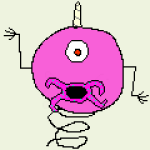 A Sweet and Uplifting Bedtime Story

I stare at the bones for several seconds before I realize just how angry the birds are. I’m confused. They ruffle their feathers, heads jogging back and forth. A clack of a beak, a small whistle that sounds more like a growl.

“Why her? Can’t we go now? Can’t we take care of this ourselves?” Sybil huffs even more than usual.

The Mohawk flops one wing on the table, “The Margravine! The all loving!My despairing heart, mother mine!”

“I can’t stand this flittering. Sit down, Mohawk!” that also from Henwyn.

Finally I look up. Fireflight, the ever silent, still stares into my eyes. After a moment, he turns his back and flies from the kitchen. I haven’t seen him in flight before. I really haven’t seen any of them flying, not since that first night when they arrived. They must though, come to think of it. Some of them must go out because they always know what’s happening with the fires before I tell them. Even though I’ve been feeding them, someone goes out.

He flies like aslowmo movie, pulling in his wings to fit through the door and then opening in this grand sweep to turn up the stairs. I want to see it again, but the other three follow him instantly, with much less aplomb. Henwyn looks back at me with concern just before she disappears around the corner.

So here I sit, with a box of bones on the table in front of me. I’ve seen animal bones before, in my woods, and now I’m sure these belong to a bird. Many of the pieces are hollow, and I can see one that looks like the part where a skull becomes a beak. By the size of what I think is a femur, it was a large bird. Not as big as an ostrich but bigger than a turkey. There aren’t enough bones here for a whole skeleton, but maybe all the dust in the bottom of the box is what’s left of the rest. I can feel the story here, just like the other things that come to this house. Will this box answer my questions? The other items are human. I can tell those stories, while tragic, are simply a part of this world’s history, or perhaps the future. But here, in this box, there lies a story beyond any I’ve heard before.

This story is of the birds.

Where DID they come from? It’s finally time for answers. I’m going to march upstairs and they are going to tell me what’s going on!

I’m still sitting in the kitchen.

I haven’t even picked the cereal up off the floor. The bone box just sits there calling to me. Even though I closed it and pushed it away, it still calls to me. I’m not touching it, yet it calls. I hate the box, but it calls. Just shut up already. I don’t want to talk to you, box of bones.

Fine! Fine, fine, fine, fine, fine. I will listen to this box. I will hear, and see what it wants, for it surely wants something from me. I will take it to my asking chair in the drawing room beside the dead lamp, and we will just see what this is all about.

What the Box Told Me (I think… I’m pretty sure anyway, it was all rather strange.)

When the world was young there were few of us in it.

(Not Earth, I could tell right away this was about the Birds’ world.)

As time went on, more birds came into the world. Whether by magic or more natural means, we do not know. Most probably they came in the way all infant things come. Some belong to the Count, and some to the Fool. But most belong to the Margravine, for she was mighty. Still, she did not love them. Her children loved her, but she could not reciprocate that most ideal of feelings. Her heart was built on strength and righteousness. Her ideal was to rule life with efficiency and productivity. She built the world of her bones and the seas of her blood. She built everything for the Birds and taught them how to use it. Though they flew on the Fool’s winds, all birds lived through the Margravine. Though they spoke with the Count’s words, all birds thought with the Margravine’s mind.What was love to one such as her? And yet, all the world, the Count, and even the Fool,came to love her in all her glory. This was the middle.

(I asked how there could have been a world if the Margravine didn’t build it till the middle, but the box didn’t answer me.)

After all was made, and all was finished, the Margravine grew lonely. Her children loved her with all their hearts, but their hearts were a part of the Margravine herself, and she could not feel their love. She knew she did not love the Count or the Fool; perhaps their hearts were also a part of her. And so, she left her world in search of another heart. She searched and she searched until she came to this place. (Earth? The box still won’t answer me.) In this place, she found an infinity of hearts. And astonishing though it may be, each heart was unconnected. Each heart stood alone, choosing to love or hate as each saw fit. Here at last was the paradise for which the Margravinesearched. Surely among so many, the Margravine could find one that her heart loved. And so, she began her hunt among birds unknown. And she did find many a wonder and many a strange individual, but still her heart did not quicken to any of them. This was also the middle.

Back in the world, the Birds grew loveless themselves. The Fool began to despise the Margravine, partly in jealousy and partly in the pain of being rejected.  The Count was befuddled. He didn’t understand how both his loves could abandon him, for as the Fool became more and more morose, the Count counted less and less. Eventually the grievances caused by the Margravine’s disappearance spread to her children as well. All the birds fractured into contentious factions fighting for the love they should have given to the Margravine. Among them, only the Esteemed Flock still loved her.  This too, became the middle.

“What is my part?” I ask the box, but it won’t answer. It’s dead again. It no longer calls.