Skip to content
January 2016 Reflections Where are They Now 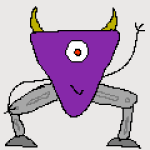 Herzlichen Glückwunsch aus Österreich (or Austria)! I am writing you from what I’ve dubbed the Beverly Hills of Austria– a community far too wealthy for me to be living in, as evidenced by students riding to school in BMWs and Hummers. I am still effectively an ALT, just entirely self-sufficient this time as I can speak German. I’ll touch base a little bit on what it’s like here in a bit, but first: how did I get here? Well, I flew… but before that, I stormed into the Austrian Embassy in Tokyo and threw the entire operation into a state of chaos. An American, living in Japan, wants to move to Austria? Even when I arrived in Vienna and went to claim my residency permit, I was welcomed as “Oh, you’re the guy from Tokyo.”

But before I moved into The Sound of Music (fun fact: no one in Austria has heard of it), I was a Hyogo Prefectural ALT living in the heart of Kobe. During my tenure, I taught at Hyogo Technical High School and, in my second year, part time at Hyogo Kokusai in Ashiya. I appreciated having these two very different schools, for they allowed me to really focus on differentiating my teaching. Here in Austria, I teach at a Gymnasium, which focuses on a well rounded, university-preparatory education. I would equate the rigor to that of the first year of college in the U.S. Students in my English classes are reading works like Old Man and the Sea and Give a Boy a Gun, and broaching topics that generally would be “off limits” in American classrooms.

That said, I remember fondly those “breaking in” years in Japan. I can tell you that if you can survive a Japanese classroom (and its deafening silence), you will be prepared for just about any classroom in the world. Though I found it a lot harder to teach in Japan, I graciously enjoyed the instructional latitude I was given to create my own material, deviate from the text from time and time, and even make my own schedule. Rarely was anything foisted upon me and my JTEs were very supportive, if not unabashedly patient. For aspirant teachers, you will likely never quite find that kind of space and freedom again in your careers. Relish in it while you can and experiment, experiment, and experiment! Almost never again will you have so much freedom to try new methods and strategies with very low stakes.

For ALTs making this their last year, I have very little sage advice to offer. Though it’s wretchedly cliché, “make the most of it” is a given. Ultimately, I think you will find that once January rolls around, the next six months will absolutely dissolve into the ether. You will have no idea where the time went and all the trips, places, and things you wanted to do or see will start to overwhelm you. Don’t focus on doing everything possible; you will exhaust yourself. Instead, focus on taking in the little things all around you everyday.

For those in decision mode, I can’t offer any advice, as that’s too personal a decision. Personally, I had maxed-out my teaching potential at my schools in Japan. In Austria, I have grown a lot more as an educator simply for the fact that I have more techniques and tools at my disposal than in Japan. As someone who plans to have a career in education, this move served a purpose. If you are not looking to be a career educator and have more of a cultural interest in Japan, then maybe extending works well for you. Oh Lord, every situation is different.

I do miss the modus operandi of Japanese schools, though. I had grown accustomed to the morning meetings (which I was always late for), the central staff rooms, and the frigidly cold classrooms come December. In Austria, we have the same kind of staff room, functional and unadorned buildings, but we do have central heating! Overall, it’s been a smooth transition, as I feel like an “old pro” at this teaching assistant gig. I do have the option to extend my contract for one year, but don’t plan on doing that. Instead, I’m looking to hit at least one more place on the map before returning to the U.S. to pursue my teaching licensure. If anyone’s interested in learning more about your post-JET options that still involve teaching internationally, I have a wealth of info for you! You can write me at louiebv88@gmail.com. Until then, enjoy, no, abuse your time in Japan! It was certainly a defining experience for me and I hope it has been/will be for you, too! Tschuss!