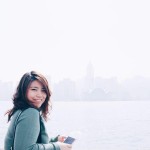 I can honestly tell you that one of my biggest challenges while living here in Japan has been the language barrier. Most of the things in my daily life are affected by this. I never thought it would take me minutes before someone could understand me, and another set of minutes for me to comprehend what they said. Nobody said that buying laundry soap and fabric conditioner would require me to bring out my smart phone and use Google Translate. Even using the washing machine, rice cooker, and air conditioner has become a real struggle. Some of these things used to be very easy and almost no brainers back home. But, now that I have decided to live in Japan, I must do my best to overcome the language barrier. がんばる！But for the past 4 months, I can say that I haven’t fully broken down this wall yet. Nihongo isn’t that easy, but it isn’t that hard either. If you think about it, the complexity of the Japanese language is almost the same as my native language, Filipino– just exclude the hiragana, katakana, and kanji. We say that through language, we can determine the uniqueness of a culture, yet at the same time, using a common language helps us understand one another. But how much can language help or hinder us? Can words really convey the messages we want to express?

One Saturday, I chose to do something different. I decided to finally meet Pearl, a Filipina and one of the coordinators of the JET Christian Fellowship. I remembered the last time I contacted her was when I found out about my placement, which was last July. She posted an event on the JCF page and sent me a message. With so much excitement and because I needed to add some meaning to my weekend, I volunteered for charity work with an organization in Osaka for deaf and blind people. It didn’t require Japanese ability, so I jumped in. I met Pearl and the others at Tsuruhashi Station that Saturday morning. Some people arrived late because of important arrangements, so it provided ample time for me and Pearl to talk about ourselves and random things. As we reached the building of the organization, we were welcomed with big smiles and some sounds of joy (‘cause they were trying to speak). I was in awe. We started by giving self-introductions (jikoshoukai) to some of the volunteers and staff. Afterwards–the challenging part– we gave our jikoshoukai in Japanese sign language. I never knew that there is a special sign language for Japanese (日本手話). With the little Japanese that I have, it became difficult for me to learn shuwa. But, nonetheless, everything was worth the challenge. It was past 1pm when we arrived. Some of them were busy doing handicrafts. Though it wasn’t a new scenario for me because some deaf and blind people back home also do similar things, I was still amazed. After the introduction, we just spent our time helping them with their work while talking to them. Thanks to the people who taught me how, I could communicate with these lovely people who unfortunately cannot see or speak. By 3pm, we called it a day. They packed up and went back home. Tomorrow’s gonna be another day.

On my way home, as I recalled the things that happened, I took the time to thank God for using this experience to meet new friends, to learn Japanese sign language, to be more motivated in learning Nihongo, to be inspired with everything that I do, and to realize that neither language nor cultural differences will ever become a barrier– unless we allow them to become so. It was a very good learning experience for me. I realized that if we want to understand or to be understood, we just need to speak and listen from our hearts. Words may be powerful, but actions speak louder. A simple smile, handshake or hug could mean so much more than a simple “hello.” Spending this day with the deaf and blind inspired me to do more with what I have.

We have our complete senses, but are we using them properly and for the good? Have we opened our eyes and hearts to see the goodness in everything? Do we listen to the needs of others? This world may be full of misunderstandings and differences, but being human requires no language, except love.