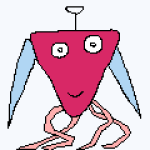 Reading Japanese literature in Japan is a wonderful experience. If you’re a massive nerd like me, you can take literary pilgrimages to the places you visit in the novels.  I have traveled to some incredibly beautiful places because Mishima sent his melancoly protagonist there to describe the beauty of the landscape while pondering the meaninglessness of life (thanks for the weekend plans).  Sure, the times have changed and there’s certainly less rikshaws and asshole aristocrats these days, but the natural landscapes are more or less the same.

Below is my guide to “must read” Japanese literature. From the first novel ever written, to contemporary masterpieces, this list is guarunteed to impress your colleagues and/or throw you into an existential crisis. Work your way through this abridged history of Japanese literature with this chronological guide.

I mean not only is this the first fiction novel ever written, but it was written by a woman. That in it’s own right makes this pre-emptive Heian masterpiece deserving of a place on some kind of to-read list. The story centres on the sexual conquests of an aesthetically perfect, aristocratic fuck boi. Frustrating plotline aside, the langauge of a novel written about a thousand years ago makes for a tough read. I won’t judge you if you skip this one.

Must read: Kokoro (1914) A naïve university student befriends an older man he calls Sensei, who is cynical and depressed. The story of egosim, temptation and guilt is told in three parts. The unnamed student narrates the first two parts, while the compelling final part is told by the sensei in a letter to the student. The melodrama unfolds slowly and somewhat tediously, but you will become more invested than you realise. If you liked Kokoro, try Botchan (1906) or Sanshiro (1908).

Ogai Mori – The Wild Geese (1911) “Not all wild geese can fly” – This is a sad tale of unrequited love and betrayal. In order to care for her ailing father, the poor young heroine becomes a sleazy moneylender’s mistress. This short novel left my heart feeling like a dry and shriveled husk.

This anthology of short stories spans the career of Japan’s answer to Edar Allen Poe. If you need a break from stories about privileged young men in the midst of an existential crisis (I’m looking at you Natsume, Mishima, Abe and Murakami) this is the book for you. These wildly peverse, mysterious and scary stories will suck you in and spit you out feeling scared and dirty, in the best possible way.

Kawabata is another big gun in the canon of Japanese literature. In 1968 he became the first Japanese writer to win the Nobel Prize for Literature.

Must read: Snow Country (1948) A melancholy tale of a doomed romance set in the desolate beauty of Western Japan. Read this book in winter, preferably on a train along a snowy mountain pass (I actually did). If you liked Snow Country, try Thousand Cranes (1952).

Abe Kobo is an avant-garde writer who has often been compared to Kafka for his surreal and nightmarish explorations of individuals in contemporary society.

Must read: The Woman in the Dunes (1962) An ameteur entomologist is stranded at a sand dune for the night and seeks refuge with a local woman. When he tries to leave the next day he finds that he is held captive. This story of a man trying to escape the sand is very much like sand itself: it’s gritty, uncomfortable at times and will get under your skin and into your sandwich. If you liked The Woman in the Dunes, try The Face of Another (1946 – full disclosure: I hated this book, but will acknowledge it is cleverly written) or the more contemporary The Ark Sakura (1984).

Where to begin with Mishima… First of all, he is one of the most imoportant Japanese writers of the 20th century and was considered for the same 1968 Nobel Prize for Literature that went to Kawabata. Second of all, he founded his own right wing militia, attempted and failed a coup d’état of the Japanese SDF, and then commited seppuku. If that’s not enough to spark some interest in the guy then I can’t help you.

Must read: Sea of Fertility tetralogy (1969-1971) Ok sorry, my must read is actually four books. This tetralogy is Mishima’s magnum opus. The story spans the lifetime of the protagonist, Honda. Each of the novels depicts what Honda comes to belive are successive reincarnations of his high school friend. A gripping tale runs throughout the novels. The ending of the third book notably had me involunarilty yell “shit!” and slam the book down while I was on the train.

If you liked The Sea of Fertility tetralogy, try all of his books and plays.

Murakami is the most internationally acclaimed contemporary writer to come out of Japan. Every man and his dog have read this guy. Criticised within Japan for writing un-Japanese novels, many of his novels take place in surreal worlds where cats talk and it rains fish. His novels are engaging and easy to read.

Must read: Kafka on the Shore (2002) A surreal page-turner about a teenage runaway, a lonely old man, and the strange crossing of their paths. If you liked Kafka on the Shore, try The Wind-Up Bird Chronicle (1994). If magical realism is not to your liking, try Norwegian Wood (1987) instead.

At last another female writer. Kitchen is a contemporary classic. The novella is told from the perspective of a young woman struggling with grief and finding comfort in the Kitchen. I personally don’t love this book, but it’s critical acclaim makes it deserving of a place on this list. At a short 150 pages, it’s worth a shot.

I hope this guide can help you pad out your #SummerReadingStack or at least give you something to break the silence with your desk neighbour at school. Reading these books has enhanced my time in Japan. Teachers room discussions have broken out on the definitive ranking of Abe Kobo’s best books, friendly ojisan have started conversations with me on the train, and most importantly I have traveled to some truly beautiful places that I wouldn’t otherwise know about.