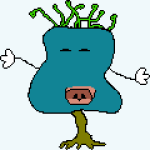 The Japanese deem the twentieth year of an individual’s life as the one which signifies the official “coming of age.” In all aspects of Japanese society, the twentieth year marks the age where teenagers are thrust into the world of adulthood, whereby they become morally, and often, economically responsible for their future. Every January, scores of teenagers experience a sudden revolution in their physical and social being, one which is marked by joyous celebrations – and in this case, long, beautifully carved wooden bows and exquisitely designed kimonos.

The event named 通し矢 (Tōshiya) is held every year in Kyōto (on the Sunday closest to the 15th) at 三十三間堂 (Sanjūsangen-dō), the longest wooden structure in the world. The tournament was born during the Edo period (1603-1868), when professionals and amateurs alike competed against each other as “arch” rivals, aiming their bows and arrows to targets lined against a wall sixty meters away. This tradition, held at the same temple every year, falls only two weeks after the New Year, and a few days following the national Coming of Age holiday, celebrated annually on January 10th.

In the early hours of the morning, twenty-year old boys and girls enter into the temple gates, accompanied by their parents or younger siblings; much less, I believe, in hopes of achieving victory in this ancient competition, than in taking part in a sacred ritual which brings each individual closer to achieving a sense of personal identity in the traditional part of Japan’s history. Huddled together in small groups, the archers blow warm air onto their cold hands and prepare their weapons for action, under the careful watch of friends, photographers, and casual onlookers dazzled by the beauty of the multi-coloured kimonos against the bleak January environment. With the mercury barely hovering over the freezing point, tiny snowflakes fell from the sky at odd times throughout the day. As a result, it was not uncommon to see girls clutching on to each other as they waited patiently for their opportunity to step onto the main stage.

As contestants continued to take aim and fire into the distance, I took shelter in the temple for a while, curious to peer into the Buddhist temple which houses one thousand life-sized Kannon statues, carefully placed to form ten rows and fifty columns of immaculately sculpted golden deities. Unfortunately, photography is strictly prohibited inside the temple – a rule that was being strongly enforced on this occasion – so a picture for your collection is practically impossible… still, I must admit that the mere sight of these golden statues was simply enlightening.

Walking through the crowded temple gave me the opportunity to observe some of the more religious practices of the Japanese – who are often universally noted as being the least devout of all people, yet the most dutiful when it comes to paying homage to a shrine or temple on those particularly special occasions. At the start of the main corridor, a Buddhist monk sat high above on a mounted throne, muttering prayers as he splashed newcomers with holy water. Exiting the temple left me behind the archers, where it was easy to take some pictures of the competition and the girls waiting for their moment to shine. I took a few shots here before heading back around to the side of the target area, where I was lucky enough to wiggle my way to the front and capture some truly incredible photographs.

The photos showcase the sharp contrast in imagery between elegance and warrior, two aspects which remain an integral part of Japanese tradition and folklore. The sight was often breathtaking, especially as the participants continuously lined up to fire arrows in a swift, harmonious motion. The vibrant kimonos featured here are only a sample of the thousands of girls who turned up for this gathering in one of Kyōto’s oldest temples. Truth be told, I’m extremely glad I dragged myself out of bed on this frosty winter where I had already lost my voice and was in danger of running a fever – conditions which were much to the dismay of the Japanese bystanders and participants surrounding me.

This “New Year’s Archery” ceremony often flies under the radar of most tourists, even amongst residents/tourists in the Kyōto region. The lack of foreigners might be of interest to some people, as I dutifully observed that I was one of the very few anywhere to be seen. Even more, admission to the temple is free on the day of the tournament (normally ¥600), which is always a bonus. And, as always, there are plenty of food stalls and vending machines should you feel the pinch of hunger. Photo opportunities are excellent on the eastern side of the temple, as the girls come here to calm their nerves and unwind after participating in the tournament, posing with their friends and flashing their smiles for the cameras.

This wonderful event will undoubtedly remain one of the highlights of my time in Japan. Next year, don’t miss this exceptional chance to witness the Japanese at their most elegant and artistic – perhaps the perfect dose needed to escape the usual matsuri atmosphere of the Japanese at their most emotional and “uninhibited” selves. Whether you want to see kimonos up close and personal, or you just have a thing for girls carrying deadly weapons, make Tōshiya one of your must-do’s in Japan.

How to get there: Take the JR line to Kyoto station. The easiest and fastest way is to exit out the north gate and walk north for two blocks, then turn east, crossing the Shichijo Bridge, and continuing until you see the temple on your right (takes approximately 15 minutes). Alternatively, take bus no. 206 or no. 208 from the station to Sanjusangendo-mae bus stop, or take the Keihan railway to Shichijo station (7 minute walk to the temple.)