Callin’ All Politicos: Japan vs. Korea/China/Taiwan/Russia 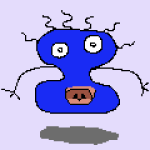 There is an old proverb that â€œfences make good neighbors.â€ A fence plus a large body of water in between would seem to make even better neighbors, but in Japanâ€™s experience this has not been the case. An archipelago nation consisting of literally thousands of islands, Japan is embroiled in three island ownership disputes with its neighbors: Korea, China/Taiwan, and Russia. The contested islands may be small in size â€“ and in some cases devoid of human life â€“ but control over the islands brings political and economic payoffs that are huge.

Rather than closely inspecting the competing ownership claims, let us instead briefly examine the recent history of the disputes and their current state. For each disputed territory, the Japanese name will be used (but the naming convention favored by the disputing party will be presented in parenthesis, followed by the English name).

Takeshima is a group of small islets located in the Sea of Japan (or East Sea, from the Korean perspective). After the liberation of Korea at the end of World War II, the then ruler of South Korea, Syngman Rhee, established the â€œRhee Lineâ€ which delineated Koreaâ€™s maritime borders and included Takeshima inside those borders. Japan protested and many tense years followed as South Korean patrol boats confronted Japanese fishing vessels resulting in several arrests and in some cases the deaths of Japanese fishermen. The US â€“ not wishing to put itself in the middle of a fight between two close allies â€“ refused to get involved and it took several years for the two countries to defuse the violent encounters, with the sovereignty issue being left unsettled. As of today, South Korea maintains physical possession over the islets.

The Senkaku islands are uninhabited islands located in the East China Sea, physically close to Taiwan, mainland China, and Okinawa. At the end of World War II the islands were part of a group of islands, including Okinawa, occupied and administered by the United States military. At the time it was very much American soil. The U.S. dollar was used as currency and cars drove on the right side. Eventually, the U.S. military governorship was dissolved and the Okinawan islands, including the Senkaku Retto, were handed back to Japan. The territory near the island is rich in fishing and natural gas resources.

In September of this year an incident occurred near the islands involving a collision between a Japanese Coast Guard patrol vessel and a Chinese fishing boat. The Chinese boat and its crew were detained and its captain arrested. After strong protests from the Chinese government the vessel and all of its crewmen were eventually released. The episode sparked a series of anti-Japan demonstrations inside China. Back in Japan, the governmentâ€™s refusal to release video of the incident lead to fierce internal criticism and eventually the video was leaked onto YouTube, further inflaming public sentiment and weakening Prime Minister Kanâ€™s support. The United States has again refused to take any side in the sovereignty dispute, though Secretary of State Hillary Clinton stated that the US views its mutual security treaty with Japan as applying to the Senkaku islands.

Of the three disputes this is the only one where Japan holds the advantage of physical possession. Some analysts have noted that beyond the fishing and gas resources to be gained, China is eager to use the dispute as a means of extending their naval power in the Pacific. The ultimate aim is thought to be the withdrawal of American naval and air power from the region and the establishment of a political/economic ocean boundary well west of Japan behind which China will retain de facto administrative power vis-Ã -vis the Chinese Navy.

The Northern Territories (HoppÅ RyÅdo) are four islands located very close to the northeast corner of Hokkaido. They are a part of the Chishima Retto (Kuril island chain) which runs all the way from Hokkaido to the Kamchatka peninsula. The islands were occupied by the Soviet Union at the end of World War II and Russia retains control over them presently. At face this appears to be the one most readily solvable of the three disputes, but a final solution has remained elusive.

Russia has offered to return two of the smaller islands in exchange for settling the dispute but Japan continues to press for the return of all four. Soon after the Senkaku incident, one of the islands was visited by Russian President Medvedev, which drew a strong rebuke by the Japanese government. In an interesting historical footnote, a permanent peace treaty ending World War II between Japan and Russia has never been concluded in part due to this territorial dispute.

Cloudy with a Chance of Violence: Protests in Hong Kong