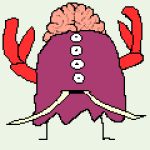 I have a bad habit of setting myself up for disappointment with my unrealistically high expectations.

From the moment that “Blue Jeans” leaked, I had found my new musical obsession. More than anything, I wanted Born To Die to blow me away. But alas, it was not to be.

Maybe it was all the hype that killed it. Del Rey’s fame seemed to rise in an instant, and the anticipation leading up to her album debut made it seem larger than life. It’s like that box under the Christmas tree you’re sure has the only thing you ever wanted inside, but ends up being a pair of socks.

Maybe it’s the horrible void that has been left ever since the sad passing of Ms. Winehouse. I’ve been waiting for another bad girl to break into the scene. I should know that trying to find someone to fill those stilettos is a losing game.

And although I was ready to defend Lana to the bitter end after the Twitter defamations and SNL parodies, maybe that was the beginning of the end of my love affair with those luscious lips. At that moment the smallest crack appeared, too small to be visible, but inevitably doomed to only grow larger with time.

Or maybe I’m just being overdramatic. But it hurts when your hopes for someone with such star power like Lana Del Rey are dashed. With that voice, those curves, those lips; she’s definitely got the wow factor.

Which is precisely what Born To Die is missing; that wow factor. Tracks like “Blue Jeans” and “Video Games” are great, but the rest are pretty forgettable. Production is a detriment rather than an asset: the samples are weird distractions from the vocals that don’t ever sound quite relevant, and the sound effects are corny and ill-placed.Â  Most of what’s happening in the background is annoying interference that only takes away from what should be the main event: Del Rey’s vocals.

It’s been said that the lyrics of Born To Die tell the story of Del Rey’s crazy, younger days: small-town mischief, boozing with friends and falling in love with the wrong kind of guy. Definitely the makings of a good story, but together, the tracks lack a cohesiveness, and that prevents that story from being told the way it should, which is a shame.

Still, let’s give credit where credit is due. The beautiful, vintage quality of Lana Del Rey’s voice is really quite captivating. It takes you somewhere – almost back in time – to a jukebox playing in the darkness of a dusty dive in a dead-end town. It’s a piece of Americana she manages to inject some glamor into, although it’s anything but.

The best that Born to Die has to offer, “Video Games”, is where Ms. Del Rey shines the brightest. The lyrics are personal and moving, and thankfully the track suffers from much less of the distracting production plaguing the rest of the album.

So while Born To Die is a mostly disappointing debut from an artist with so much potential, here’s hoping the recent rumors that Born To Die might never have a follow-up prove untrue. After all, everyone deserves a second chance, right?