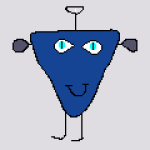 One part of the culture I really wanted to learn more about during my time as a JET was Japan’s rich theater history.  I had studied traditional theater forms like Kabuki, Noh and Bunraku Puppet Theater in my college years, and when I was placed in Kyoto I was thrilled to be able to see all types of traditional performing arts.  However, it wasn’t until the summer of 2011 that I really got a chance to experience Japan’s traditional performing arts first hand in the Traditional Theater Training (TTT) program offered at the Kyoto Arts Center.

I participated in TTT as a student of Kyogen, one of Japan’s traditional comic theater forms.  I got to work with world famous actors from the Shigeyama family and perform with students from Japan, Germany, and the United States.  We spent 3 weeks working side by side for a performance that was held in one of Kyoto’s old Noh theaters.

In addition to the amazing experience I had rehearsing, I often got to go out with the teachers after rehearsal.  It was at that time that I really got the chance to not only learn about Japan’s rich theater history, but also about the lives of all of the people who I was working with. I was a little intimidated when I first started, as my Japanese was only so-so, but some of the participants spoke absolutely no Japanese whatsoever, and many of the teachers spoke wonderful English.  In this way, TTT went beyond theater and became an unforgettable cultural exchange.

One of the other things I really appreciated about TTT was it wasn’t necessary to know a lot about Japanese theater, you just had to be eager to learn.  The first week of the program we got to work with all the different styles of Japanese theater TTT offers as well as some other traditional forms they don’t!  In addition to performing a classic Kyogen play, I also got to try out Noh shoulder drumming, Nihonbuyo dancing, and even a bit of Rakugo (the traditional art of Japanese comic storytelling).

And, of course I don’t need to mention that all of this is in Kyoto, which is my absolute favorite place in Japan.  From hiking Mt. Hiei to going to Iwatayama Monkey Park in Arashiyama, there is no shortage of incredible things to see!

If you’re looking for an incredible experience, I highly recommend doing the TTT program this July-August in Kyoto!

More information is available at  http://en.kac.or.jp/bi/334

One thought on “The Kyoto TTT Program”