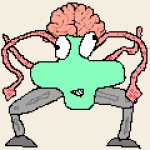 Kobe has a lot of nice restaurants, especially in Kitanozaka. Between the cityâ€™s huge international population and the local branch of Le Cordon Bleu cooking school, the slopes of Mt. Rokko are practically layered with good eats. Expensive, but good. From that perspective, then, Vieni still stands out from the pack. Located across from Sone, a Kitanozaka Jazz club with an unearned reputation, Vieni is sitting on some prime real estate, so you know the place has to measure up.

The chef at Vieni produces exquisite Italian and fusion dishes and changes the menu daily based on whatâ€™s fresh. Both he and the sommelier speak some English. Of course, this is a jazz column, not a food column, so letâ€™s talk about jazz. The owners made the savvy decision of booking a resident jazz duo to play twice a week. Not unusual for a restaurant in the Kobe area, but notable for the duo.

Kobe ALT Sean Flynn (gt) and his wife Libby (vo) hail from Brisbane, Australia. Both are classically trained musicians, and together they work their way through a mix of Nat King Cole, Ray Charles, and other jazz standards. Their schedule varies from month to month, but it seems to have settled on Thursdays and Sundays for the time being.

Vieni is fairly small, seating only 20 people, and the place is not designed for its acoustics, but the intimacy of the venue and quality of the experience manage to make the whole thing work. The food is reasonable â€“ for Kitano â€“ averaging around 1000-1500 yen for lunch, 1500-2000 for dinner, and drinks at 1000 yen or so apiece. Thereâ€™s also a good selection of antipastos and other fare, so you could put a full course meal together for about 4000 yen.

Sean and Libby are beautifully presented on Vieniâ€™s website. An updated schedule.

Travis Love is the Hyogo Times Food / Jazz contributor. He lives in Aioi, and would love to hear from you in the comments below or via Facebook. He has never released a country music record.