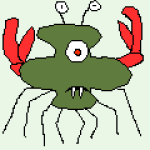 If youâ€™re anything like me (34 years old, six feet two inches, 96kg, orange birthmark above right eyelid) and you live in Japan and have a postbox, at least one hand, a functioning eye and a smattering of curiosity, then youâ€™ve probably received in the past, and subsequently read, one of the myriad of high quality glossy foldout menus that advertise Japanâ€™s defining contribution to international cuisineâ€“ the â€œcomplicated pizza.â€

Boasting flavour combinations that would make a horse blush (if the horse were in fact not horse but human, and maybe specifically a human with a deep sense of lingering unease when faced with unfamiliar combinations of food that humans eat), the Japanese pizza aesthetic has rampaged, like a giant hotdog filled Godzilla across the country, leaving a trail of crisscross patterned mayonnaise and sweetcorn bits in its wake.

Boasting culinary delights such as the Mochi-Mentaiko pizzaâ€“ Whatâ€™s that you say? Marinated cod-egg sacks and tasteless white goo that look like those little cubes you put in your toilet cisternÂ that make the water go blue. At the same time? And with mayonnaise? And slivers of dried seaweed? And only \3,100 for a large? â€“ PIZZA LA is the chief exponent of Japanâ€™s determination to remove any last remaining traces of authenticity, taste, heritage and value from one of the worldâ€™s most popular foodstuffs.

Exploring their website is like entering a reverse Narnia, with friendly lions replaced with sausage-rimmed bacon pizzas, and heartwarming journeys of self-discovery in fantastical wonderlands with corn cream soup. As an added bonus, you can actually choose between having tomato sauce or mayonnaise as the base for you pizza, thus being able to bypass entirely one of the main ingredients of the actual dish. Add to that the utterly bizarre monikers they have adopted for their proto-Frankenstein creations, â€œbustersâ€™ quarter,â€ anyone? And you have a culinary disaster that could make even the most apathetical thoroughbreds weep.

And Iâ€™m sure youâ€™ll agree, thereâ€™s truly nothing more rewarding than turning on the lava lamp, giving the shag carpet the once over, then inviting a potential suitor over to your abode and springing aÂ 12 inch cheese-rimmed bustersâ€™ quarter on them while theyâ€™re not looking. If, however, the idea of snow crab meat pizza with a liquid cheese rim doesnâ€™t so much float your boat as capsize it with a giant undercooked hotdog shaped iceberg, then perhaps youâ€™re more suited to a pizza restaurant where the cod eggs have been replaced with basil, the mayonnaise with marinara sauce and the pizzas cooked in a wood firing oven rather than in the bowels of Beelzebub himself.

Situated in the town of Gunge in the heart of Sasayama, â€œPizza Gungeâ€ is the brainchild of local Shiro, who took over the restaurant when it was serving Indian food and decided to use the wood firing oven to make pizzas. His marinara sauce is truly amazing: sweet and orange with a nice thick consistency rather than the deep red, watery, tart flavoured stuff you get elsewhere, and he keeps his pizza toppings pretty simple, using cheeses made in Sasayama and imported olive oil and tomatoes from Italy. I first met Shiro about two years ago when I started going out to Sasayama to volunteer at a local pottery studio and almost always pay a visit when Iâ€™m out there. The surroundings are pretty innocuous, just off a main road next to some rice fields, but if youâ€™re in the area and want to eat pizzas that A: donâ€™t have pre moulded bases in the shape of littleÂ cups that subsequently have liquid cheese poured in, B: donâ€™t want to spend over \3,000 to eat said cups C: are not mad, then itâ€™s well worth a visit.

As an added bonus, Shiro makes bread which is equally as good, and if you want some for free with your pizza just say: â€œI read Scottâ€™s articleâ€ and heâ€™ll give you a small loaf when you make an order. If you donâ€™t want the bread but are a big fan of quizzical looks and awkward silences simply stare blankly ahead and say: â€œHorses donâ€™t like complicated pizzas,â€ scratch your nose with your left hand three times, your right ear with you left elbow once, then make a hasty retreat, arms flailing by your sides like miniature windmills.

Gunge pizza, 852, Gunge, Sasayama, Hyogo, 669-2341.
To get there, take the JR line from Sanda to Sasayamaguchi station. Take the west exit to get to the bus terminal and get on a bus headed for downtown. Get off at Nishi-Machi.